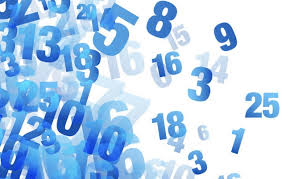 320,000. That is how many signatures activists gathered back in 1978 on a petition to repeal the Contraception, Sterilisation, and Abortion Act 1977. There were no public hearings; the Petitions Select Committee decided it would hear the matter in private, with only written submissions and written responses to questions, with no spectators and no media present. The committee further decided that repeal activists must not speak to the media about these restrictions; if they did they would be in breach of Parliament.

The Petitions Committee invited only one entity to present evidence, apart from the repeal activists: the Society for the Protection of Unborn Children (now called Voice for Life).

In 1977 New Zealand’s population was 3.12 million. The repeal petition contained the signatures of over 10% of New Zealand’s entire population. Parliament, treating the will of the New Zealand public with outrageous disregard, buried the petition. Not democracy’s finest hour.

Seven. That is how many signatures there are on Hilary Kieft’s petition to Parliament requiring parental notification if pregnant teens under 16 seek abortion. That would require repealing part of the Care of Children Act 2004. There have now been eight public hearings before the Justice and Electoral Select Committee. For a petition containing seven signatures. Still not democracy’s finest hour.

The committee has now heard from numerous professional bodies, like the New Zealand Association of Counsellors, Family Planning, and the Abortion Supervisory Committee, to name a few. These organisations unanimously called for Parliament to leave the Care of Children Act alone. They spoke of the dire consequences for the most vulnerable of teens should the seven-signature petition be acted upon. ALRANZ agrees with them.

Until last week the only person who spoke in favour of the petition’s objective was Hilary Kieft herself. But on Thursday petition supporters on the committee sought to even the score by inviting … two people who run a crisis pregnancy centre, and a woman who collects buttons.

History repeats itself: one of the people from the CPC, Pregnancy Counselling Services, is a former president of Voice for Life.

The theme for the day was “informed consent”. But informed consent has no bearing on the issue the committee is supposedly investigating. The whole point the Kieft petition is attempting to make about under-16s is that teens are not mature enough to consent to abortion without parental guidance. Giving them more information would not address that supposed lack of maturity. Was this hearing expanding the scope of the inquiry to include all pregnant people?

The CPC folks want to make sure someone tells pregnant people abortion causes breast cancer and mental health issues. Of course, abortion does not cause breast cancer[1] nor does it cause mental health issues.[2] When an MP pointed out that the Lancet and the Academy of Medical Royal Colleges had thoroughly debunked these claims, the former Voice for Life president explained to the MP that her “background in accountancy” made her more competent to evaluate and interpret evidence than the Academy of Medical Royal Colleges was.

When asked, they admitted the counsellors at their CPC were not accredited.

The button collector and the representatives of the CPC conceded that the people they spoke to who regretted their abortions were self-selected and there was no evidence they were representative of the majority of pregnant people who had terminations.

Something crossed my mind as I listened to the submissions. Some members of the committee seemed to assume that because pregnant people were granted abortions on mental health grounds, they had actual mental health issues. This is not usually the case. When patients cannot get an abortion without ticking one of the boxes, one of the boxes must get ticked, and mental health is the go-to box. This artefact of our broken laws makes patients with actual mental health issues indistinguishable from mentally healthy people who want an abortion because they don’t want to be parents. When the health system cannot make this distinction, people who need more help and support do not get it. And they suffer from that lack of support. How many patients fall into that category is a number we will never know until Parliament reforms the Contraception, Sterilisation, and Abortion Act and removes abortion from the Crimes Act.

[1] Collaborative Group on Hormonal Factors in Breast Cancer, “Breast cancer and abortion: collaborative reanalysis of data from 53 epidemiological studies, including 83 000 women with breast cancer from 16 countries” [2004] The Lancet, 1007, Vol 363.