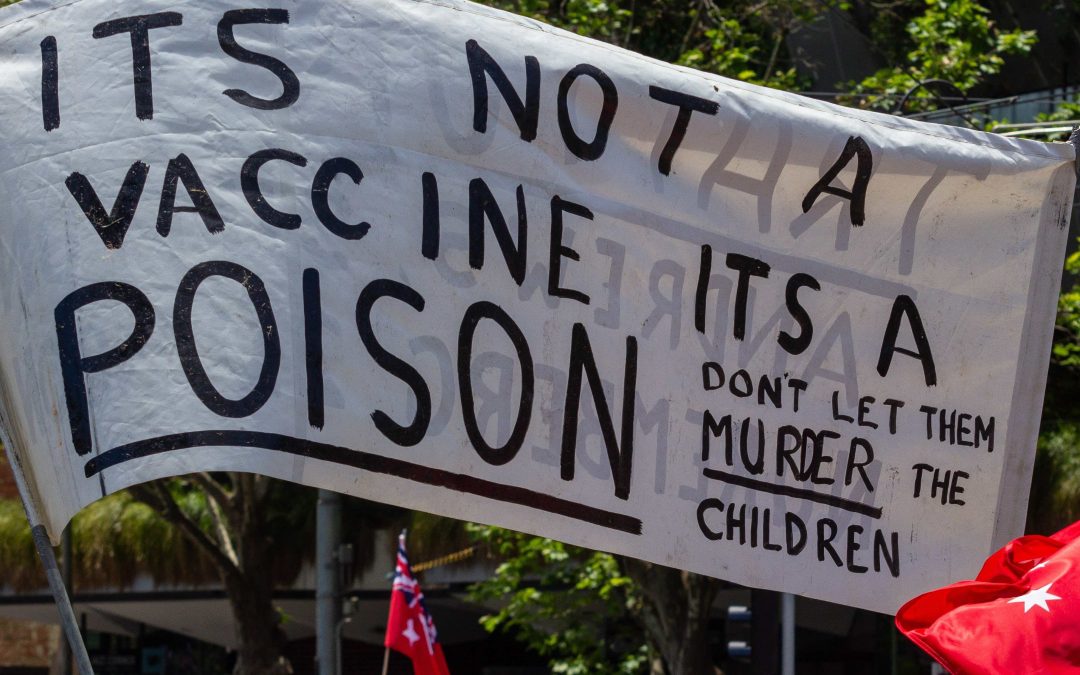 “My heart is beating like I’ve literally been attacked. It was so terrifying.”

These are the words of a woman who was accosted by protesters outside a medical facility.

As it happens, she was not seeking an abortion. Rather, she was getting her children vaccinated against Covid-19. But the harassment is so similar I’ll bet you weren’t sure.

A few years ago, during the passage of the Abortion Legislation Act, I was casting about for an analogy to the harassment abortion patients routinely face. To be equivalent, it had to involve health care that some people disagreed with vociferously but that was entirely none of their business.

I thought of comparing it to anti-vax protesters objecting to parents vaccinating their children. What if an anti-vax person, holding a sign printed with ridiculous falsehoods, accosted a person trying to walk into a surgery with their children, calling them a child abuser for doing so?

I couldn’t make it work, because it was too far-fetched. How would the anti-vax protester know why the family was there? And anyway, who would act like that? Who would feel entitled to behave so threateningly in any context EXCEPT health care as stigmatised as abortion?

And here we are.

In both cases, protesters decide they have the right to get in the faces of people trying to get safe, legal, routine health care that is none of their business.

But the protesters feel justified because they believe the people getting care should not be doing what they are doing, and because their opposition arises from deeply held beliefs. The people they are harassing do not share these beliefs. So there is an element of judgement.

And then there are the signs. Misleading, with misinformation and outright lies masquerading as differing opinions.

Both sets of protesters frame themselves as defenders of free speech, but they fail to recognise the right of others not to be violently confronted while they are trying to go about their business. They forget that freedom of expression does not obligate anyone to listen to you.

In both cases the organisations that perpetrate the harassment are disingenuous about it. They claim the harassment is not the work of THEIR group – they are just standing quietly. It must be some OTHER group of protesters who happen to also be there for the same purpose at the same time. Or something. They both say they have codes of conduct – but who enforces those codes?

Anti-vax folks have misappropriated the term ‘pro-choice,’ tacitly acknowledging the force of reproductive rights arguments around bodily autonomy. But in their hands it’s more like ‘choice for me but not for thee.’ Folks like Brian and Hannah Tamaki still deny the right of pregnant people to choose abortion. I guess bodily autonomy is only for some people.

What about the bodily autonomy of those who choose to be vaccinated – don’t they also have the right to choose the course of their own health care?

People in line at vaccination centres know that the vast majority of the country is on their side.

Anti-vax protesters are on the fringe, both culturally and numerically. Over 90% of New Zealanders have demonstrated that they disagree with anti-vax folks by getting vaccinated. Epidemiologists debunk anti-vax claims in the media regularly.

But for the past 50 year abortion has been stigmatised. Even people who were completely certain they were doing the right thing assumed that a large percentage of New Zealanders disagreed with them.

In recent years that has not been not the case. A majority of New Zealanders support treating abortion as health care, and have done so for years before Parliament took up law reform. But New Zealand’s unique ‘available on the down low’ system left people feeling isolated and vulnerable.

And only about 12,000 people each year were in a position to experience anti-abortion harassment firsthand. Not all of them did.

Now that many people have also seen or experienced abuse and harassment while trying to get their children vaccinated against Covid-19, New Zealanders have a better understanding about what organisations like ALRANZ, APGANZ, and Family Planning have been talking about all these years. People should never be harassed at all, but especially not while seeking health care.

We need safe areas for abortion care. We have needed them for years. Email your MP to remind them to vote for safe areas at second and third readings.