Nikki shared a powerful letter she wrote to the Labour Women’s caucus.

There were some great protests and demonstrations across the globe, including a large march in Dublin and yesterday there was a flash mob in Melbourne (I’m not sure if that was connected to the Sept 28 campaign but it was this weekend and it was awesome, so I’m including it here).

And to wrap things up, this video produced by IPAS Brazil a few years ago seems very appropriate.

Today is the Global Day of Action for Access to Safe and Legal Abortion. This has also been referred to as the International Day of Action for the Decriminalisation of Abortion, which as I gather is what it was called last year, the first year of the global campaign, started by Women’s Global Network for Reproductive Rights (WGNRR) in solidarity with the September 28 Campaign in Latin America and the Caribbean, which began in 1990.

END_OF_DOCUMENT_TOKEN_TO_BE_REPLACED

The Southland Times, Catholics for Choice, people against choice and balanced reporting, and funny letters

The Southland Times has sunk to a new low by publishing a half-page article on the opinion page provided by Jon O’Brien, chairman of the spurious American organisation Catholics for Choice. This organisation is not a Catholic organisation, it has no right to claim to speak for Catholics, who mainly support their bishops.
O’Brien is correct when he says Catholics have to obey their conscience, but this presumes that their conscience is informed. No amount of conscience formation can go against the 10 commandments, which clearly state “Thou shalt not kill”. Abortion is killing a human life in the womb, a God-given life, that will never see the light of day.
Shame on what was once a great paper, The Southland Times
V K Smith
Invercargilly:

The Southland Times has sunk to a new low by publishing a letter by V K Smith. V K Smith was upset that the paper would stoop so low as to publish an opinion piece on the opinion page.
Why was V K Smith so upset? Because the opinion of the writer was different to their own.
The readers of The Southland Times should not have to be exposed to the views and opinions of others. Shame on what was once a great paper.
Nik Horn
Arrowtown

One of my favourites: 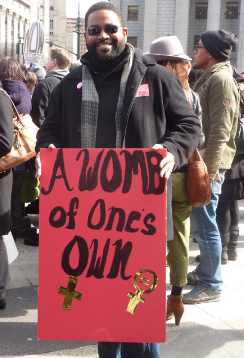 This Is My Body (Not Yours)

“This Is My Body” is a women’s rights advocacy video created in response to the attacks on women’s health and reproductive rights that have occurred in the US throughout 2012. The video addresses those issues along with abortion, body image, cancer, fair pay, and a number of other important issues affecting women today. If you’re keen, the organisers are inviting women to contribute their own monologues (info on the Facebook page) – go ahead and add a Kiwi touch!

This Is My Body