Dispatches from the US: Supreme Madness Edition

What happens when a Supreme Court Justice dies during a presidential election?

This is the sixth in the blog series by Morgan Healey, immediate past President of ALRANZ, who has recently returned to the US. It aims to bring to life the uniquely absurd state of reproductive rights and justice in the US.

When conservative US Supreme Court (SCOTUS) Justice Antonin Scalia died suddenly at the age of 79, his death reverberated across news and social media outlets. Republicans seized the opportunity to suggest that President Obama might want to waive his constitutional duty to appoint a new Justice in order to enable the next President (post the 2016 election and swearing in ceremony, a mere 11 months away) to make that decision.

Using spurious claims (read the SCOTUS blog on the history of appointments during presidential elections) to bolster their argument, Republicans believe such a delay would allow ‘the people’ (I use this term loosely because with all the voter suppression 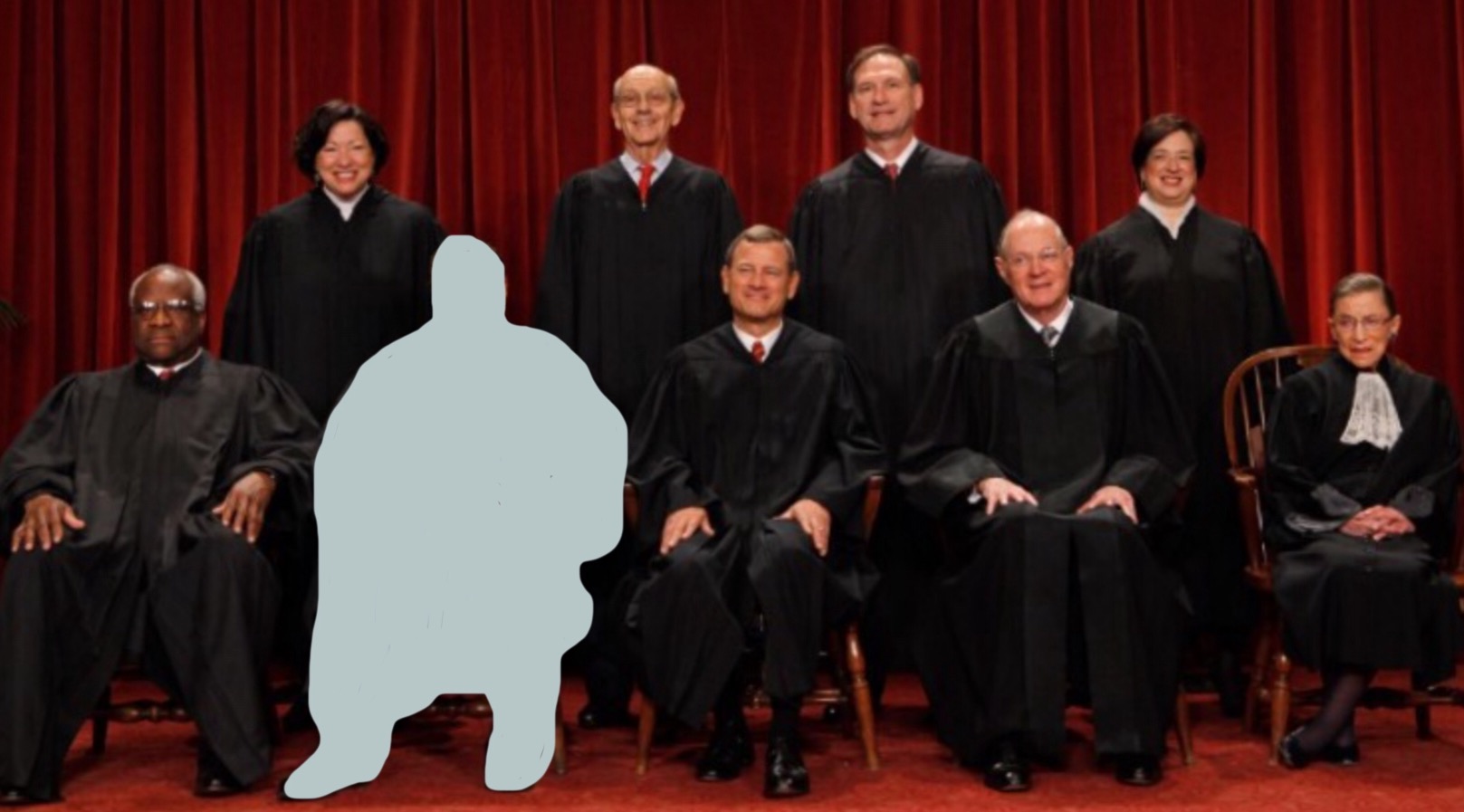 laws sweeping the country – thank SCOTUS for gutting the Voting Rights Act – it is unlikely that the election will actually be inclusive or representative of the US population) to decide who the next Justice should be. The argument assumes that the people of the US did not elect Obama in the first place (if that argument stands then it would have been G.W. Bush who had a tenuous right to appoint Justices, and I don’t recall his ability ever being questioned). It is also a blatant misreading of the Constitution, which clearly leaves the appointment of Justices to the President, not the people (Article II, Clause 2 of the US Constitution states that the President “shall nominate, and by and with the advice and consent of the Senate, shall appoint… judges of the Supreme Court”). Democrats and pundits have countered with arguments as to why this would be an unprecedented and ridiculous move on the part of Obama, and how politics should not be allowed to stifle the ability of SCOTUS to conduct its business. Let the showdown begin…

But let’s be honest, many on both sides of the political aisle have been holding their breathes for some time regarding the impending death of at least one of the Justices – most thought it likely to be the ‘Notorious RBG’ (Ruth Bader Ginsberg), who is 83 and has previously battled cancer. For those of us who would like to see SCOTUS composed of a majority of ‘moderate liberal’ Justices, the loss of Scalia is not something to weep over. As Jodi Jacobson, Editor in Chief of RH Reality Check, eloquently argues Obama should not only fulfil his constitutional duty as President but should appoint a woman of colour as Scalia’s replacement. She argues – and this will be scary for many Republicans – that SCOTUS should be representative of the US population, which despite what you might think (insert sarcasm) is not becoming whiter, more male or more upper-middle class.

And while Scalia’s passing is a silver-lining for those of us on the left, his death is also unlikely to fundamentally determine the political landscape for generations to come (despite Senator Cruz’s statement to that affect); that will most likely be determined by the next President, who, going back to RBG and the other septuagenarians and octogenarians currently serving, will probably have a couple of opportunities to appoint Justices over the next 4 to 8 years. (See Garrett Epp’s article in the Atlantic about how Scalia’s death does not mark the end of a generational shift but is in fact the opening act.)

So what happens now?

I am no SCOTUS or procedural expert, however, from what I have read SCOTUS will continue to function and hear cases with just eight Justices. This is important for as many are aware SCOTUS will begin to hear arguments in Whole Woman’s Health v. Hellerstedt on 2 March. This is the case that will determine the lawfulness of Texas’s TRAP law (HB2) and as I have discussed in other dispatches set the course to either further erode Roe vs. Wade or assist in blocking such laws, which seek to restrict pregnant people’s access to abortion care through onerous and unnecessary medical regulations.

Here is how I understand it. Until President Obama selects a new appointment and gets that person confirmed by the Senate (something that will be difficult given it is controlled by the Republicans and they have vowed to block or even refuse to vote on any nominee), SCOTUS will continue to hear cases as per their schedule. In the case of a tie (4 assenting and 4 dissenting), the judgment made by the lower court will stand but there will be no nationwide effect. Some pundits suggest, however, that this seems unlikely – not just in the case of Whole Women’s Health but in general. Historically speaking, when the bench has been reduced to 8 or less Justices (they need a minimum of 6 to conduct their work), the remaining Justices are aware of the need to reach a majority and the imprudence of a split judgment. This does not mean it cannot happen or has never happened, just that split judgment are more rare than the media would let on.

If this is the case, the outcome is likely that HB2 will be deemed unconstitutional and Roe v. Wade will be safe for now (even if there is a split, Roe will be safe because the lower court ruling, which would uphold HB2 and see more closures of Texas abortion clinics, would not be nationally binding). No one can imagine RGB, Sotomayor or Kagan crossing over to rule against Whole Woman’s Health. Nor does it seem likely that Breyer, the other liberal, would make such a move. This leaves the swing vote still firmly in the hands of Justice Kennedy, who has been labeled the wild card and kingmaker from the beginning. Read RH Reality Check’s Senior Legal Analyst, Jessica Mason Pieklo’s analysis of the likely outcome here (*spoiler alert: she believes Kennedy will vote to strike down HB2, making it a 5 to 3 decision in favour of Whole Woman’s Health).

This is an interesting article from the SCOTUS blog about what happens to the cases already heard but where judgments have not been finalized.

Republican obstructionism and the presidential election

And this is where I think it gets interesting. From what I have read, the upcoming presidential election, particularly the success for the Democratic nominee, could come down to black and Latino/a voters. And black voters in particular seem less than pleased with this recent bout of Republican obstructionism because it suggests once again that the Obama presidency is less than legitimate. If a recent article in the New York Times is correct, this could embolden some black voters to express their discontent through the ballot, hopefully, leading to a victory for the Democrats.

And why are black voters pissed? Because this is not the first, second or even third time that conservative Republicans have questioned Obama’s legitimacy as President. Why is that? Because of ongoing systemic racism. And despite the racial dog whistles Republicans like to employ, the black community is unsurprisingly wise to this kind of talk. They get it: Obama = black= less than and questionable in the eyes of the white elite that still hold power in this country.

And make no mistake that is exactly what Cruz and his cohort mean when they talk about the risk of Obama nominating another ‘liberal’ judge, “giving up SCOTUS for a generation”, or the importance of him selecting a consensus candidate. This is all code for protecting white, cisgender male hegemony. The only thing that will satisfy them is another stogie white guy who does not support racial justice or affirmative action, strong labour laws, abortion or LGBTQI rights, to name but a few. In short they want Scalia 2.0. A candidate they know Obama will not produce. And as long as the American public buys into these dog whistles, the longer Washington will be maintained as a white, unjust and unequal political bastion.

Like many, I see the appointment of a new Justice as an opportunity for Obama to flex his executive muscles to increase the relevance and diversity of SCOTUS. Here is my advice to Obama:

Step 1 – Ignore the advice of Republicans and even colleagues like Biden and Schumer, who reiterate the call of people like Senator Kasich about the need to select a ‘mainstream’ or ‘consensus’ candidate (read Jodi Jacobson eviscerate their argument here).  Like Jacobson, I say let’s tell it like it is; their mainstream candidate is just another way of saying nominate another white, middle-aged dude that won’t upset the white male elite of the Senate.

Step 2 – Go for gold. Select one of the amazing women of colour that we all know you want to select and then fight for her nomination. Do it for your own legacy, but more importantly do it for us, the American public, the majority that elected you as President. We need a SCOTUS that is representative of the country, both in terms of demographics but also in terms of judicial interpretations of justice and equality.

This is about more than politics (except I do encourage you to allow Republicans to die by their own sword by further alienating the electorate with their obdurateness). It is about setting the US on a path toward improved judicial protections, defending principles of justice and equality long denied to those not in the white majority. In short, scare the living bejesus out of your Republican colleagues.