From Our Files: Moral Decline, Still Just Around the Corner 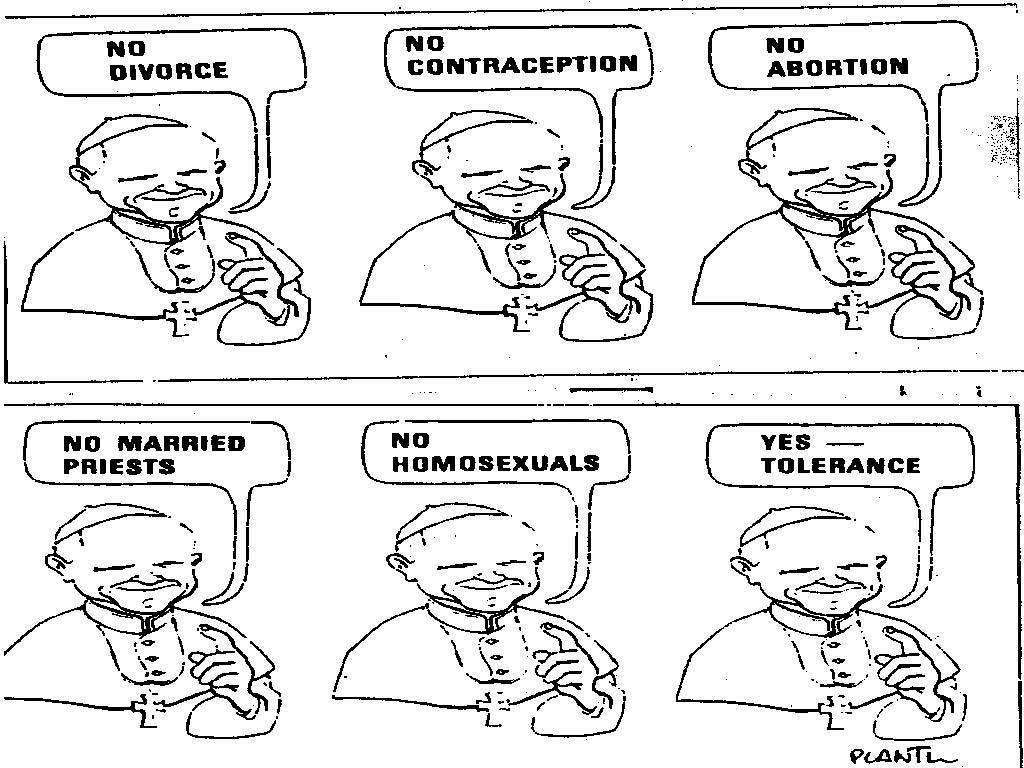 From 21 October 1979 originally published in The Guardian’s Le Monde section. The headline was John Paul II Addresses the World.

But wait, how come, if abortion is the main cause of this decline, and almost no one had access to legal abortion in the 1950s, there was still a decline? Hmm, the cause of the 1950s decline must have been something different. But wait, there was no TV or internet, which GG lists as secondary causes of the current degeneration, and the primacy of men in society (the decline of which is another factor, says GG) was still, well, in its prime. True, in the 1950s, there was “greed generating poverty and a growing deprived underclass”, (I appreciate GG’s focus on poverty and greed!) though not so much multiculturalism.

It starts to look suspiciously like analyses by Sexist White Men about the imminent collapse of society reflect whatever it is at the time that they find particularly threatening. Then: radio, high wages for adolescents, mothers having jobs, etc. Etc. Now, abortion, abortion, abortion, TV, Internet, multiculturalism, poverty and mothers having jobs. Wouldn’t it be cool if just one time they did some actual research and ran a few tests on their “abortion is the primary cause of everything that I think is wrong with society” analysis.

Anyway, here are some excerpts from the government “Report of the Special Committee on Moral Delinquency in Children and Adolescents” from 1954. Some of it may sound eerily familiar:

During the past few decades there have been changes in certain aspects of family life throughout the English-speaking world leading to a decline in morality. (45).

During recent years the pattern of sexual misbheaviour has changed: it has spread to younger groups; girls have become more precocious; immorality has been organized; the mental attitude of some boys and girls toward misconduct has altered; and there is evidence that homosexuality may be increasing. The new pattern of juvenile immorality is uncertain in origin, insidious in growth, and has developed over a wide field. (63)

Objectionable publications ought to be banned by establishing a system for the registration of distributors of certain printed matter. …  The possibility that children may hear radio programmes unsuitable for them calls for firmness and discretion on the part of parents and more care by the Broadcasting Service in arranging and timing programmes.  …  Although television may not be introduced into New Zealand for some time, plans to cope with its effects on children should be made well in advance of its introduction. …. The School is not the proper place for fully instructing children about sex, although it may be a convenient place in which mothers and daughters together, fathers and sons together, or parents together, may listen to addresses or see appropriate films. … (64)

Nearly one -third of the delinquent children whose cases were considered came from homes where the mothers, possibly out of necessity, went out to work. … The high wages paid to adolescents on leaving school are an important contributing factor especially when those youths have not been trained in the virtues of thrift and self-reliance. … In many of the cases investigated by the police the children have either been ignorant of the functions of sex or have too advanced a knowledge of its physical aspects. … There has been a decline in certain aspects of family life because of a failure to appreciate the worth of reglious and moral sanctions. … (65)

The definition of “obscene” and “indecent” in the statute law should be enlarged so as to cover all productions which are harmful in that they place undue emphasis on sex, crime, or horror. …

A new offence should be created whereunder boys and girls who are guilty of indecent conduct with one another should both be liable to be charged as delinquents in the Children’s Court.  … (66)