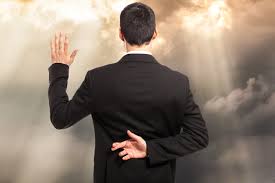 That whopper disappears much of the history around the Royal Commission that set out the framework for the Contraception, Sterilisation and Abortion Act 1977. The legal regime it created was intended to make sure the law forced most women to carry most pregnancies most of the time whether they wanted to or not. People at the time disagreed with the Royal Commission. This is why activists were able to gather 320,000 signatures on a petition to repeal the CSA in 1977-78. The government of the day buried that petition.

Thus the system evolved to allow abortion in the most disempowering way possible. The decision would not be left with the woman, oh no, that would be terrible. The decision would belong to a rational, fair-minded professional (obviously assumed to be male) who would decide for her, without all that emotionalism that all women are naturally subject to, at least in the minds of the Royal Commission.

All human beings own their own bodies. All human beings have bodily autonomy and moral agency. The question, as with all fundamental rights, is not whether we all possess these rights, but whether our government recognises them. Our government currently does not do so with respect to women, pregnant people, and abortion.