Isabel Stanton died on Monday 18 February in Auckland. Isabel was an early member of ALRANZ, and its inaugural president for four years from 1971 till 1975. 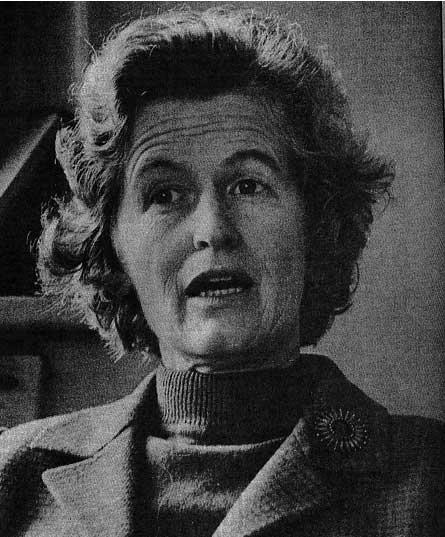 Isabel Stanton, from a 30 August 1973 profile in Thursday magazine.

Isabel Macky was born in Dannevirke and went to Teachers Training College when she was 17. She worked as a teacher from 1944 to 1946. In 1948 she married Allenby Stanton, a lawyer. Allenby’s father became a Supreme Court judge and one of his sisters was Alice Bush, a physician, advocate for family planning and early member of the Family Planning Association. Isabel and Allenby had five children. Allenby died in 2003.

In an interview for Margaret Sparrow’s book Abortion Then and Now: New Zealand Abortion Stories From 1940 to 1980, Isabel said her interest in the issue of contraception and abortion came from her background as a social worker and marriage guidance counsellor. “I was concerned for the need for children to be born to mothers who wanted them,” she said.

According to a profile in 1973 published in Thursday magazine, Isabel’s initial involvement in ALRANZ was accidental. She was a member of the Family Planning Association, and was asked to speak about contraception to the steering committee setting up ALRANZ. “I was impressed with the tremendous sincerity and honesty of the group,” she told Thursday.

Isabel and others involved in pressing for abortion law reform in New Zealand in the 1970s were speaking out at a time when few did so. Back then, ALRANZ charted a more moderate route, while feminist activist groups like WONAAC (the Women’s National Abortion Action Campaign) pressed for more radical goals. To that end, Isabel was seen as a perfect fit for ALRANZ, lauded for being, as Thursday put it, “faultlessly respectable”. She was a married woman, a mother and an elder in the Presbyterian church. As she herself told Thursday, “They wanted a president who was a woman, who had children and who could speak…and who would look decent on television. Little did they know how little coverage they would get.”

In her first year as president, Isabel spoke about once a week on behalf of ALRANZ. “I was speaking about abortion at public meetings, to politicians, to journalists, to professional groups, and on television,” she said in Abortion Then and Now. “When I spoke to men’s service organisations such as Rotary clubs, I don’t know how many times I was told, ‘That was a very good speech for a woman.’”

In 1973, when the Thursday article was published, Isabel reported that she was getting around one call a day from women seeking abortions. At that time, legal abortion was extremely difficult to obtain in New Zealand, and Isabel told Thursday she would simply tell the woman about the law, and pass along information about Australian providers. It was all she – and ALRANZ – could legally do. 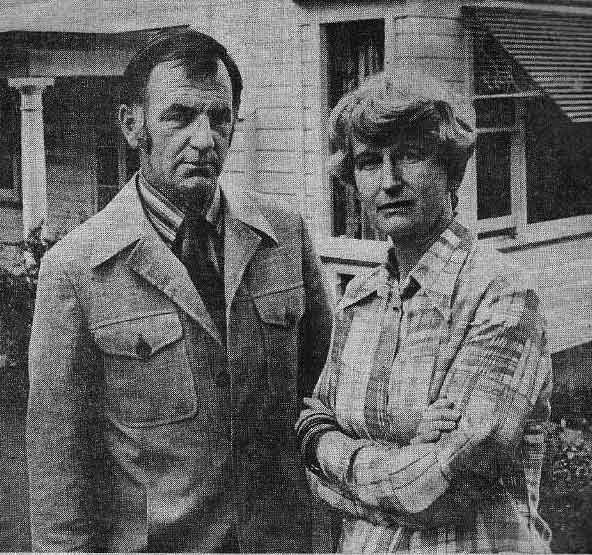 Dr. Rex Hunton, the medical director of the AMAC clinic, and Isabel Stanton, outside the clinic in December 1977 after it was forced to close because of the new abortion law.

Isabel was also involved in the pioneering AMAC abortion clinic in Auckland, which was set up in 1974 and helped spark a national debate that led to the Royal Commission on Contraception, Sterilisation and Abortion, then to the current abortion laws. Her involvement with AMAC was as a counsellor, trainer and supervisor, as well as helping the Board of Trustees. When the 1977 law forced the AMAC clinic to close (see photo) in December 1977, Isabel joined with those who helped women travel to Australia for abortions. Later, she became the counselling adviser for the Abortion Supervisory Committee.

The Thursday article included this telling anecdote: “ remembers one occasion when she addressed a church organisation and the minister stood out against her. There were many older women present – who had lived through the Depression days when women died having illegal abortions because they could not afford to feed another mouth. ‘Afterwards all the women came up to me and shook my hand in sympathy and wished me luck,’ she said.”

ALRANZ would like to express its greatest sympathies to Isabel’s family and friends. We are honoured to continue her work, and the work and so many like her who fought so hard for so long, often in the face of considerable hostility, for the right of all women and men to chart their own reproductive destinies.