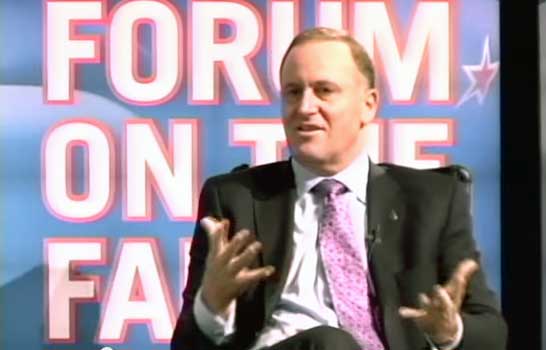 16 Reasons to Change the Law

It’s Election Year, as if you didn’t know. We’ve updated and re-designed our “16 Reasons to Change NZ’s Abortion Laws” factsheet — useful if you’re lobbying MPs or candidates, or attending meetings and asking questions. Or, just useful. You can download a pdf of the ’16 reasons’ here, or access it in HTML below the images in this post. Also check out some of our other downloadable factsheets by clicking here. We’ll be adding more as the year goes by, so stay tuned. 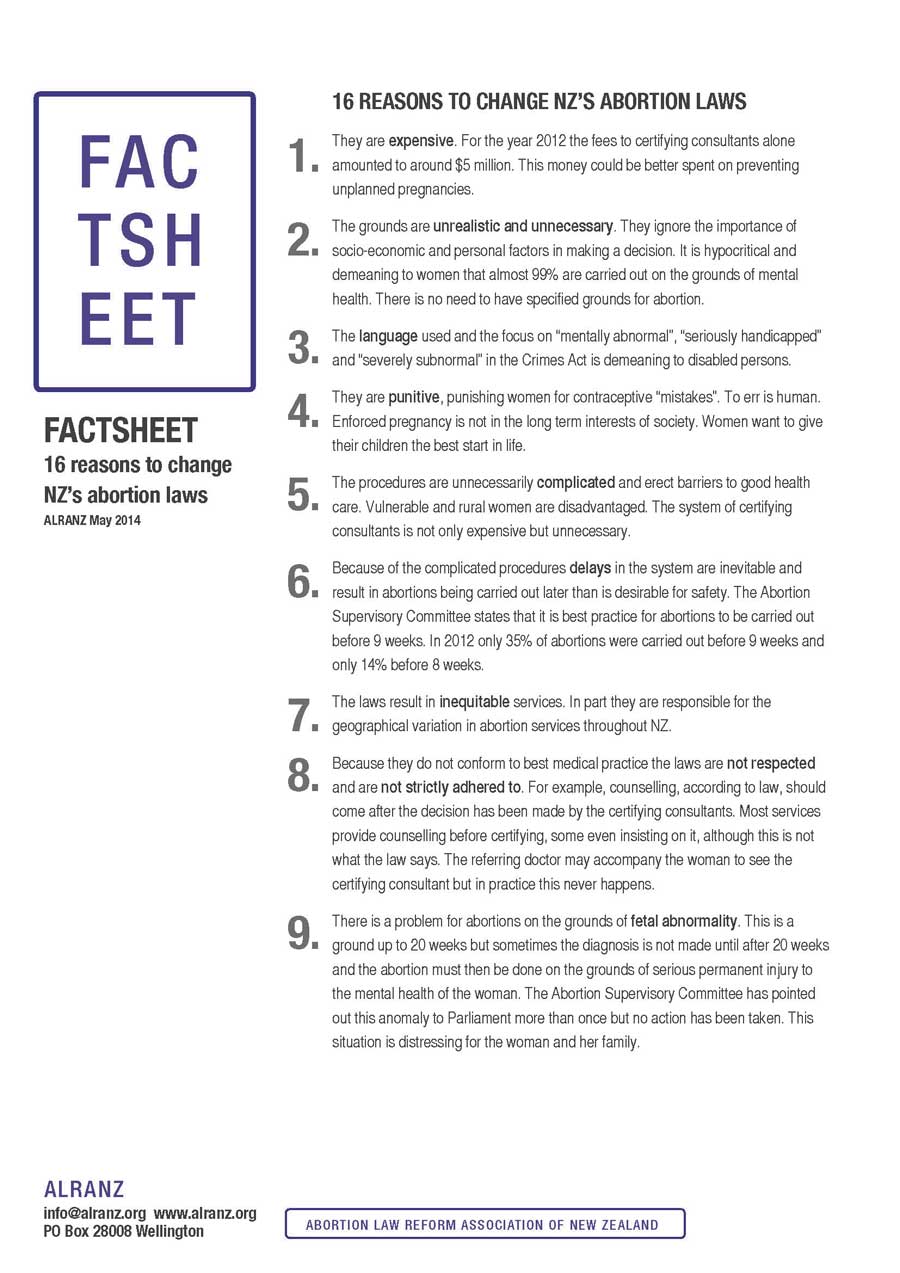 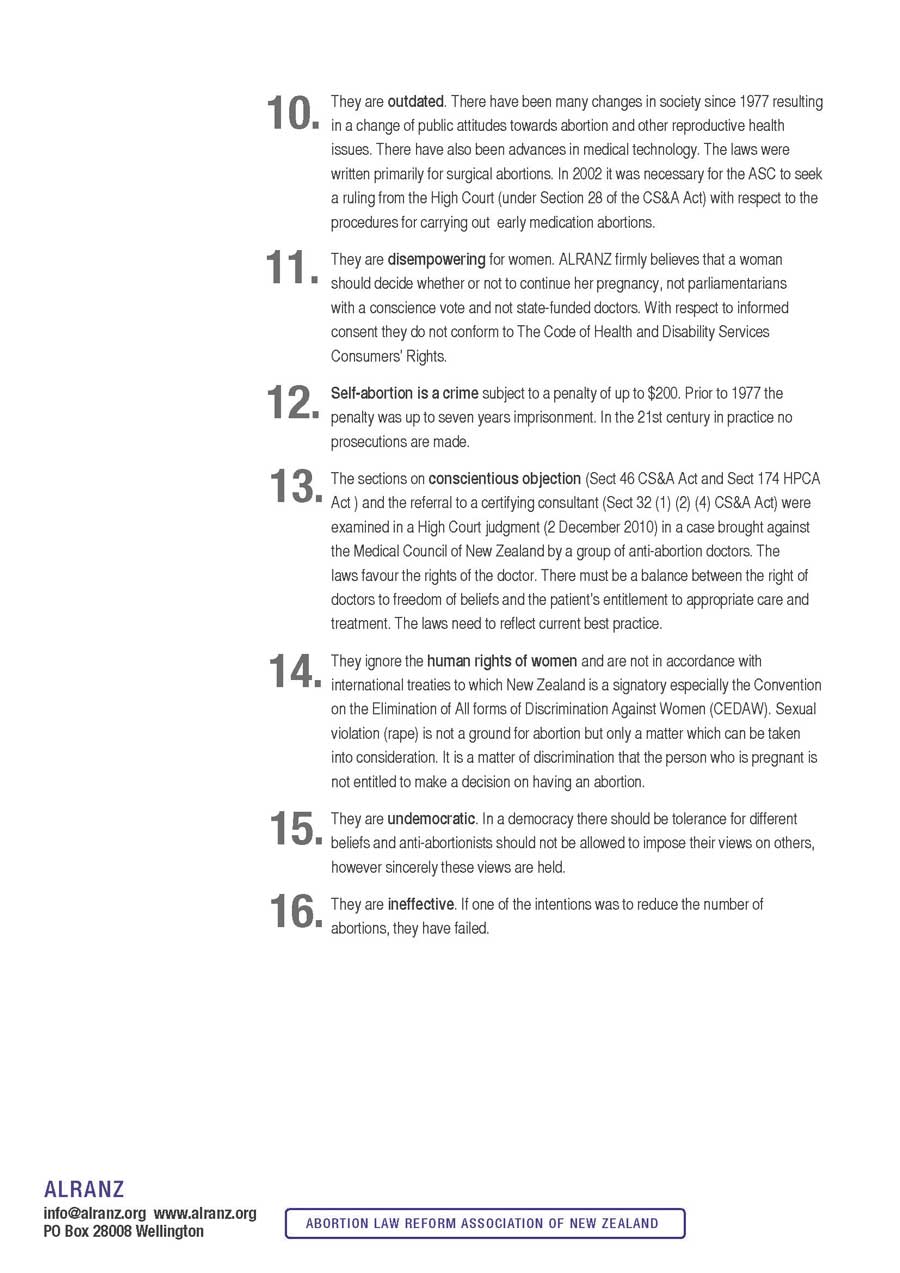