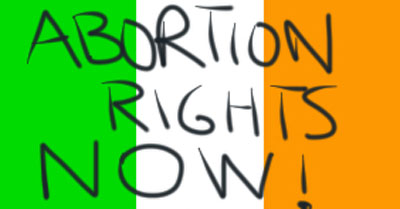 Dr N, a doctor working in a rural area with 30 years’ experience, was suspended for six months for illegally prescribing the medication misoprostol (Cytotec) to four patients in a manner contrary to legal pregnancy termination procedures specified in the Contraception, Sterilisation and Abortion Act. The case was reported in the ALRANZ newsletter in August 2013. It has now made the news again (with a slight delay) because the doctor’s suspension period has lapsed and she is allowed to practice, with conditions. The original decision of the Health Practitioners Disciplinary Tribunal (including an agreed summary of facts) is available here.

In its decision, the Tribunal established that Dr N’s actions amounted to professional misconduct (for example, failing to ensure the patient had adequate follow-up support if she decided to take the misoprostol; in another case, prescribing misoprostol without first having seen the patient in consultation; and in all cases, failing to record the details on the patients’ medical notes.) Dr N did not deny these allegations but argued that she had “allowed herself to become overwhelmed by the need to help those desperately seeking her help”, and had earlier indicated that she considered she was providing a necessary service.

This blog post does not seek to comment on whether Dr N’s actions constituted professional misconduct or otherwise – that is a matter for the Tribunal. However, the case raises wider questions about the state of abortion law in New Zealand, the most obvious being access and availability, particularly to women in rural areas. It is incredibly disappointing that in 2014, medical practitioners still have to resort to these kinds of “work-arounds” because their patients would otherwise face significant travel time and costs to access a service which should be available to all women. And that’s not even taking into account the necessary referral, certification and counseling procedures a patient would need to go through, which cannot always be provided easily or promptly in remote or rural areas. The witness evidence in Dr N’s case itself shines a light on this – when questioned by a student doctor about her decision to prescribe misoprostol to a patient, she responded that it would save the patient “a massive ordeal associated with a trip…for an abortion”, and in another situation reportedly told a nurse that “it was unfair not to give the patient these pills…if had to wait it would be too late.”

This latter comment also highlights the issue that because of the complicated procedures delays in the system are inevitable and can result in abortions being carried out later than is desirable for safety.

Our laws should not be putting doctors in a position where they may be compromising client care in an effort to help the women who come to see them. The criminalisation of abortion in New Zealand is in direct contravention of international treaties to which New Zealand is a signatory, especially with respect to the Convention on the Elimintion of all forms of Discrimination Against Women (CEDAW).  And while New Zealand may be celebrating its recent ranking as “the most socially advanced country in the world”, we would do well to remember these are still the kinds of decisions and situations facing our doctors. Reading the coverage of the Dr N case in the papers just brings to light once again the continued and on-going need for access to safe, legal medical and surgical abortion in any situation where women choose that is the right path for them.

Sabrina Muck is a member of ALRANZ and is on the Governance Collective of the Auckland Women’s Centre.

We’d particularly welcome comments from readers outside the main centres or who don’t live near a provider about any access difficulties they’ve experienced trying to get the reproductive health care they need.