On the 28th of September 2014, ALRANZ celebrates the Global Day of Action for Access to Safe and Legal Abortion. This is a campaign that began two decades ago in Latin America and the Caribbean and has gone global, with activists around the world drawing attention to restrictive and dangerous abortion laws in their countries. This year’s focus is on stigma and challenging the shame and silence that so often accompanies abortion, even when it is legal.

As the organisers of the 28th of September, the Women’s Global Network for Reproductive Rights (WGNRR) in partnership with the International Campaign for Women’s Right to Safe Abortion and La Campaña 28 LAC, stated:

The stigma surrounding abortion is complex and pervasive, as well as produced, reproduced and reinforced at individual, community, institutional, cultural, and legal levels. Entire communities stereotype, ostracize and discriminate against individuals who need and seek abortions, as well as women human rights defenders attempting to help individuals to access this human right.

It is our job as reproductive rights and justice activists to join in the global chorus to eradicate stigma – not just today but every day. This is not necessarily an easy task. Pervasive is an apt word as stigma manifests itself in subtle and insidious ways.

One example is the act of conscientious objections, where medical professionals are allowed to refuse treatment or care as the result of their own moral objections to abortion. Too often the focus is on the medical professional and their ability to exercise their right to not perform a medical procedure that they disapprove of. But what happens to the pregnant person forced to find help and assistance elsewhere? Is their care delayed? Does it create further stress and anxiety? Does it leave them more vulnerable in an unsafe relationship or environment? And how does this reinforce stigma?

This is the crux of the stigma issue – it not only erects barriers to care but it leaves women feeling as if their choices are amoral, wrong and detrimental. They carry the weight not only of their own lived experiences and the consequence of their choices, but also the gendered expectations of societies that associate ‘womanhood’ with ‘motherhood’. Being defined by your anatomy, which is also harmful to people who do not associate their sexed body with a certain gender (i.e. those who operate outside of and challenge cisgender culture), allows for the constant surveillance and policing of their reproductive choices. Stigma happens at both the macro and micro levels, with the (re)production of discourses that shame women while ensuring they self-regulate their actions, mostly by silencing their abortion experiences.

Turning back to conscientious objection, a false dichotomy is created whereby the virtuous doctor, governed by their ‘moral’ principles is juxtaposed with the errant pregnant person. This power imbalance is important in the perpetuation of stigma and the associate of abortion with shame and silence – it allows those in professions that are often revered and looked up the ability to define the line between good and bad. It provides a legal basis for discrimination and, as Joyce Arthur and Christian Fialla have argued for dishonourable disobedience.

This is one of the reasons the My Decision project is so important and why ALRANZ has chosen to focus on it for the 2014 global day of action – it names and allows for self-identification of those who would refuse care. It is shifting the discourse from a focus on women traversing the public health sphere to search for care and instead calling on medical professionals to provide information in relation to the reproductive health care they provide. It seeks to break down the barriers pregnant people face when they look to access these services and puts the onus back onto those who would object to be open and transparent about their beliefs.

My Decision alone will not end stigma, but it is a vital tool in the attempt to counter the impact. Please join us today in trying to dismantle abortion stigma.

If you would like to be involved in or want more information on My Decision go to http://mydecision.org.nz

For information on the 28th of September campaign go to http://www.september28.org/ 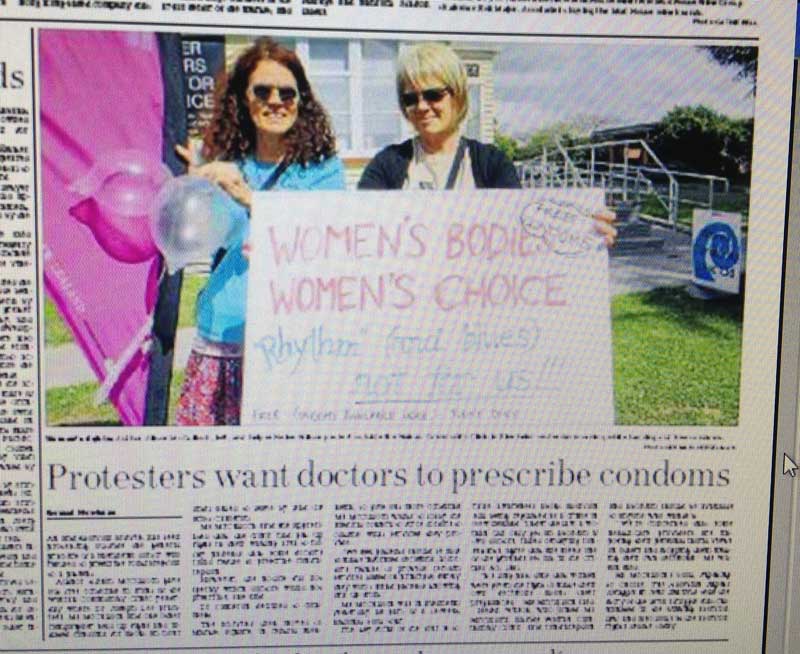