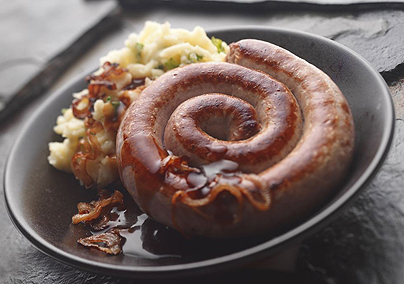 According to Bismarck, you should never watch sausages or laws being made, because it will gross you out. He’s got a point.

The Abortion Legislation Select Committee has reported back. It has made a few changes to the bill. Not all the changes it has made are positive.

Let’s start with the good.

Section 20A creates a positive duty on the part of the Minister of Health to ensure reproductive health services and counselling related to reproductive health are available throughout New Zealand, and are provided in accordance with the Standards of Care.

This is really good stuff. Some countries, like Canada, have had liberal legal regimes for reproductive health care, but access has been a problem in remote places. Hopefully, that will not be the case here in New Zealand.

Section 15(3) improves the test for ‘prohibited behaviour’ in safe areas. Now, instead of having to prove the offender intended to cause distress, it’s enough to show either that the offender obstructed the person ‘with the intention of frustrating the purpose’ for which they were at the medical clinic, or ‘in a manner that an ordinary reasonable person would know would cause emotional distress to a protected person.’

This is much more sensible and focused.

Moving on to the merely meh.

Section 17(3) says safe areas are to be reviewed after five years, to see if they are still necessary. Remember, the bill requires abortion providers to get an Order in Council to establish a safe area. The government has consistently handled safe areas as though they were radioactive, and this addition continues that approach.

Is the government waiting for something terrible to happen so that the political will for a sensible, practical approach to safe areas will materialise? Look closer – it’s here already. Nobody wants to see abortion providers and pregnant people treated as collateral damage, nor their distress regarded as regrettable but necessary to establish the need for an Order in Council to create a safe area.

Why would that be? That wouldn’t have anything to do with harassment outside abortion services, would it? Too bad the legal system can’t do anything about that without an Order in Council.

And now we arrive at the just plain bad.

Section 11(2) adds more restrictions around abortion after 20 weeks gestation. People forced to contemplate abortions at later gestations were thrown under the bus when the government gravitated to Model C, so perhaps the select committee figures another bit of gravel won’t matter. In a move that conjures up the ghost of two certifying consultants, the health practitioner now must consult another practitioner. They must have regard to professional standards and the gestational age of the foetus, in addition to the other criteria.

The good news is that this will not change the actual practice followed in the less than 1% of abortions that occur after 20 weeks, abortions which result from medical necessity rather than choice. The bad news is, the select committee believes they could not progress this bill without a sop to MPs who really believe women are intellectually and morally inferior to men, and can’t be trusted with bodily autonomy after 20 weeks. The terrible news is, they might be right.

But the requirement wastes time and money on some MPs’ fertile imaginations.

Section 19, conscientious obstruction of access to reproductive health care, still does not require disclosure of the intent to obstruct before the service is requested. That is too late – people will still be required to pay for a consultations from which they derive no benefit, and may be subjected to an offensive lecture about their sexual morality.

According to the bill, a health practitioner’s ‘conscience’ still outweighs a patient’s right to make an informed choice whether to continue a professional relationship with someone who intends to leave them in the lurch.

And finally, a change I can hardly believe.

Section 5 of the Contraception, Sterilisation, and Abortion Act 1977 is amended to specifically allow conscientious obstruction in cases of sexual assault, bringing it in line with the rest of the bill. You read that right.

With this section, the government puts sexual violence survivors on notice that their health and wellbeing is secondary to the ‘right’ of health practitioners to refuse them emergency contraception.

To be clear, this does not change current practice – health practitioners can already refuse to help survivors with emergency contraception. That is precisely the problem.

Sexual violence survivors are already in terrible situation. They should not have to run around from pillar to post trying to find someone who will provide emergency contraception so that they do not face an unwanted pregnancy, which they will then have to decide whether to terminate.

The bill should set out that cases of sexual violence are medical emergencies, which means conscientious obstruction rules do not apply. Section 19(3) requires health practitioners to help people in a medical emergency.

And fair enough – emergency contraception is extremely time-sensitive, and must be taken within 72 hours. If the goal is to prevent an unwanted pregnancy, then this is a medical emergency.

The Abortion Legislation Bill is far from perfect. Our current abortion law is one of the most draconian in the OECD. The new one would still leave us on the strict end of the scale. But it is such a major improvement on the ridiculous and dysfunctional system we now have that it would be unconscionable for Parliament not to pass the bill.

On Tuesday 18 February, we will be giving this message to Parliament, loud and clear. Come join us for the National Day of Action – Our Bodies, Our Choice. See you there!