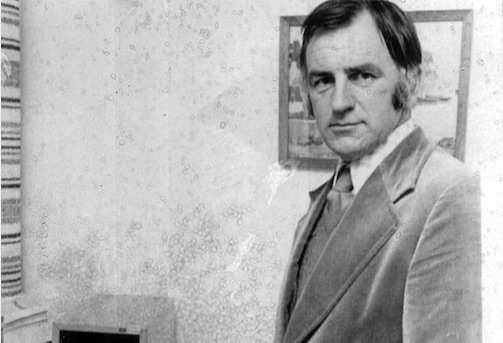 I first met Rex soon after the opening of the Auckland Medical Aid Centre in May 1974. It was a great relief to those of us who were having to refer women to Australia at that time and I wanted to see for myself to where I was referring patients. I was impressed with his openness and humility and greatly admired his initiative in establishing the clinic. It was a courageous act in the face of huge opposition. As a lecturer in Community Health he had been asked to identify issues that needed attention and he identified two – homosexuality and abortion.  But he didn’t just identify a problem, he did something about it.

Rex preferred to be independent and never joined ALRANZ but was always supportive. He had the support of a number of ALRANZ members:  inaugural President Isobel Stanton worked at the clinic as social worker, counsellor and supervisor, ALRANZ secretary Anna Watson became clinic administrator and Professor John Werry became an operating doctor.

It was frustrating when the clinic was raided by the police in September 1974 and even though the confiscation of patient files was later deemed illegal, police were able to use the files for prosecuting the operating doctor, Dr Jim Woolnough. Twelve selected cases were brought to trial and as I was involved I saw more of Rex at this time. He was stalwart in defence of the clinic and had always maintained high professional standards. He introduced suction curettage, sending Dr Woolnough overseas to learn this technique. He was the first to introduce abortion counselling and this remained a priority. After two High Court trials, the first resulting in a hung jury, Dr Woolnough was acquitted and the not guilty verdict was upheld by the Appeal Court.

Then came the Royal Commission and the December 1977 legislation which closed AMAC because of the Wall clause “and the danger cannot be averted by any other means”. We were back again referring women to Australia until the law was modified in July 1978. However even then there was a legal battle to restore the licence to AMAC and this did not happen until August 1979. Having endured all the upheavals of the 1970s it was understandable that Rex then moved on to other less controversial areas of medicine. Rex was respected and admired and an inspiration to those of us who followed in his footsteps.

He wrote of his strict upbringing and how difficult it was for him to come to terms with abortion but how “gradually I came to realise that only the woman herself can know the correct course of action.” New Zealand women owe a great debt to this very caring physician. His death cannot pass without paying a tribute to his long lasting influence.