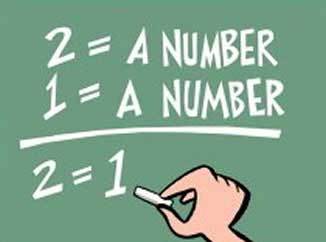 This week, the New Zealand Media Council partially upheld a complaint against the NZ Herald. The complaint related to an opinion piece by an anti-abortion activist. In it, the author made several dodgy claims, easily rubbished by rudimentary application of Google, which the NZ Herald let stand unchallenged. Sadly, the Media Council did not uphold that part of the complaint.

The Media Council’s lack of concern about the accuracy of statements that perpetuate long-debunked abortion myths, but may sound plausible to non-experts, should concern everyone interested in the abortion law reform debate.

People should be informed, objectively and impartially. But who will take that on? In the States, where the mainstream media is losing money hand over fist, media outlets routinely ‘report the controversy’ by allowing both sides equal time to make their case and challenge the other’s. There may be some issues for which this approach works, but for anything involving actual facts, like evolution and creationism, or pro- and anti-abortion, it leaves out the most important piece – facts.

That is lazy journalism on the cheap.

It is said everyone is entitled to their own opinion but not their own facts. By allowing dodgy data to stand unchallenged, media outlets give up and allow public debate to be derailed by falsehoods.

This creates a false equivalence between the arguments on different sides of a question. If one side has good, peer-reviewed research backing its claims, and the other has biased, misleading research, then their arguments are not equivalent. How many readers will take the next step of Googling the data to discover which is which?

They should not have to. It is a journalist’s job to check verifiable statements for accuracy.

Some media outlets do a great job of this important function. The Irish Times did its country a huge service during the abortion referendum when they decided to fact check the claims made by both sides. In a series of articles, the Times took a recent claim made by the Yes or the No side and examined whether its assertions and implications stacked up with reality. Best of all, they showed their work, so readers could see how they came to their conclusions.

We hope some media outlet in New Zealand will step up like the Irish Times did, and fact check claims made by both pro- and anti-abortion activists. We welcome such scrutiny.