From Our Files: The Phone Calls That Stun

The third post on Tuesday 25 September was The Cartoon Edition, featuring a few cartoons from the 1970s.

This post is an article from the Star Weekender of 17 December 1977, just after the new law had been passed, and the only abortion clinic in the country, AMAC, realised it had to close its doors or risk prosecution. For the clinic staff, that meant calling the women scheduled to have abortions and breaking the news that the service couldn’t be provided.

The Phone Calls That Stun

Stunned silence from most … tears from a few… and heartbreak for everyone. That’s the sort of reaction being encountered by Mrs Isabel Stanton, head counsellor for the Auckland Medical Aid Centre today. It is Mrs Stanton’s job to phone 100-odd women due to be admitted to the clinic for abortions next week or early January and tell them the centre is closed. “They are just stunned,” she said, after calling 27 women or their doctors. “The doctors have been very distressed for their patients and their nurses are angry.” 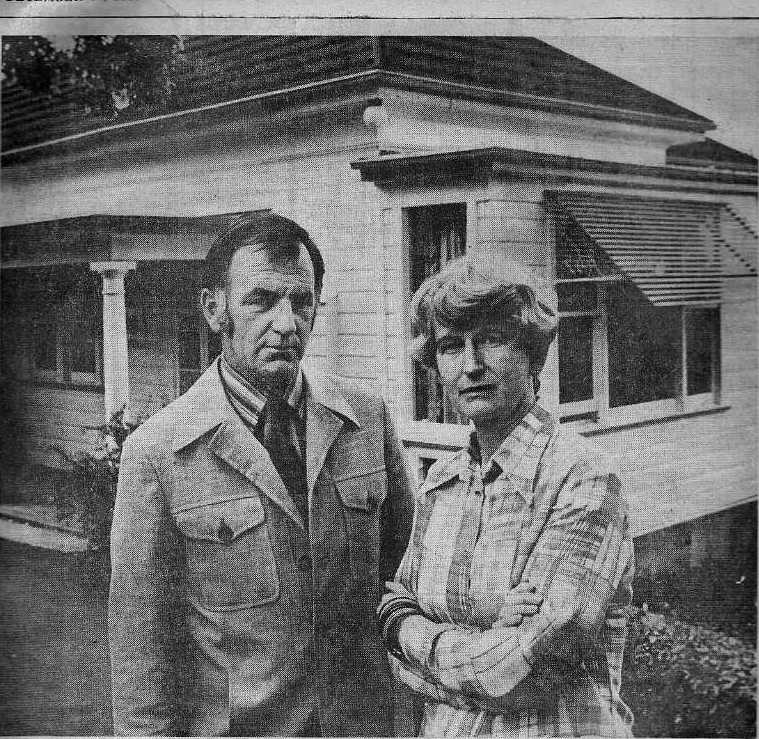 Dr. Rex Hunton and Isabel Stanton outside the AMAC clinic in Remuera when it was forced to close after passage in December 1977 of the Contraception, Sterilisation and Abortion Act. This photo appeared in The New Zealand Herald.

The doctor of a 37-year-old woman with three children who has bad varicose veins agreed that his patient could be treated. “But that won’t stop her going mad,” he told Mrs. Stanton. Another said his patient, mother of two toddlers, already had difficulty in refraining from hitting the children. “She is already at full stretch,” he said.

Mrs Stanton has had to be cautious making phone calls cancelling appointments at the clinic. Some patients have been hoping not to break the news of pregnancy to the family. “And if a 16-year-old hasn’t told her mother, I don’t regard it as my chore to do so,” said Mrs Stanton.

The centre has closed because most of the abortions which would have been legal under the previous law are now illegal. A trustee for the centre, Mr Reg Clough, said there will only be a handful of abortions carried out in the country each year under the new law. And although part of the clinic’s activities included counselling, continuation of this service would be out of the question.

“It would be ridiculous to go through the whole process of counselling a woman to say at the end: Sorry, we can’t help.” But the centre will open for counselling next week. The trustees are meeting today to discuss the future of the hospital and staff  have been asked to attend a meeting on Monday. Between 70 and 80 people work at the centre.

Women wearing black armbands held a “vigil of mourning” outside the clinic last night. An organiser, Christine Dann, said: “It was in sympathy of all who have died from backstreet abortions in the past and for those who will in future as a result of this repressive legislation.”