From Our Files: Where to Get an Abortion, See Inside

After the 1977 Contraception, Sterilisation and Abortion Act passed in December 1977, together with its amendments to the Crimes Act 1961, which forced the country’s only abortion clinic to close, Broadsheet magazine hurriedly produced a notice, which it slipped inside its January 1978 issue (which had already been put together), explaining how women in New Zealand could obtain an abortion. There was also a notice added after the fact to the cover that read “Where to get an abortion. See inside” (see bottom image). Some shops refused to carry that issue of the magazine. Here’s a copy of the notice that was inside that issue, followed by an image of the cover: 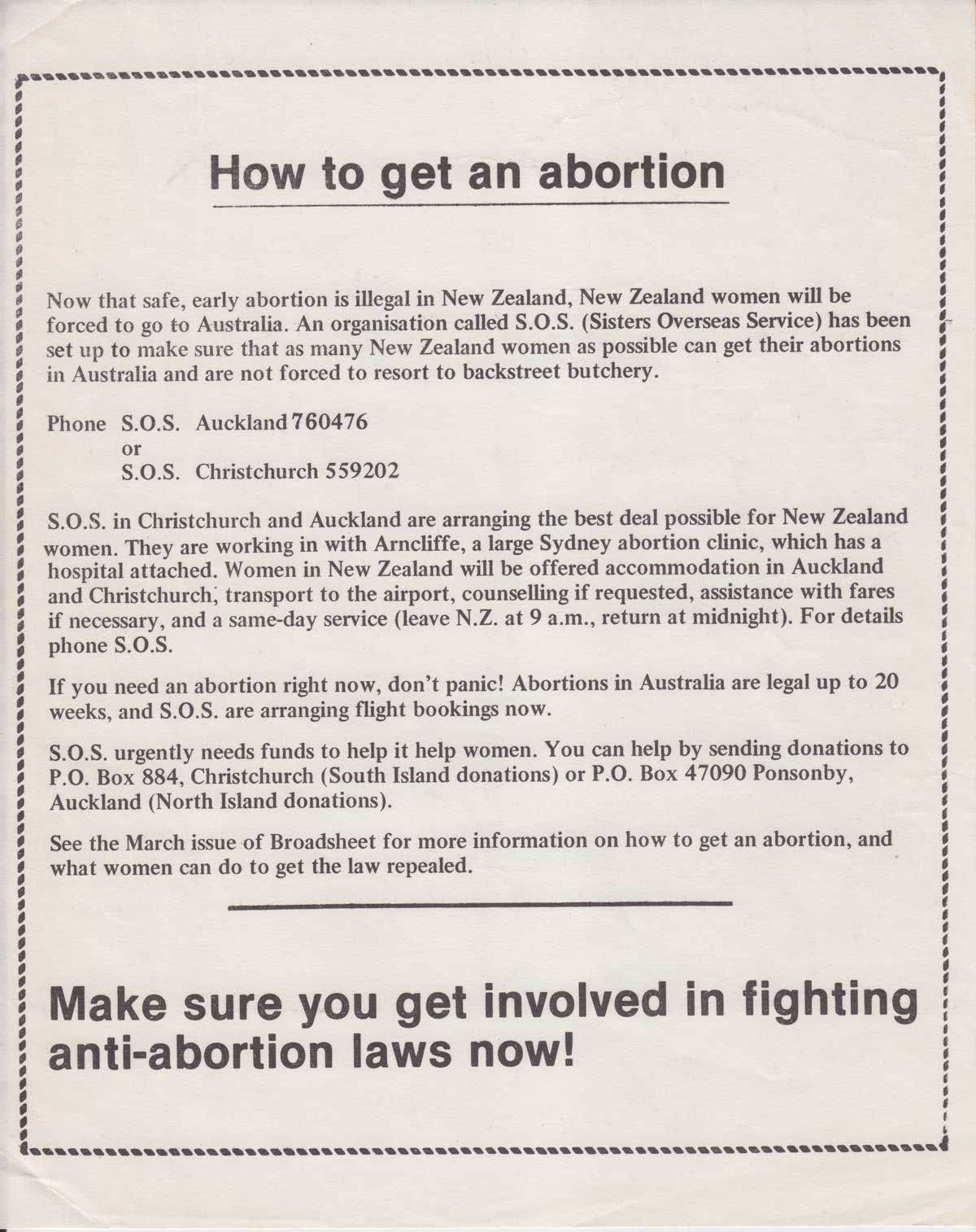 Notice included inside the January 1978 issue of Broadsheet. 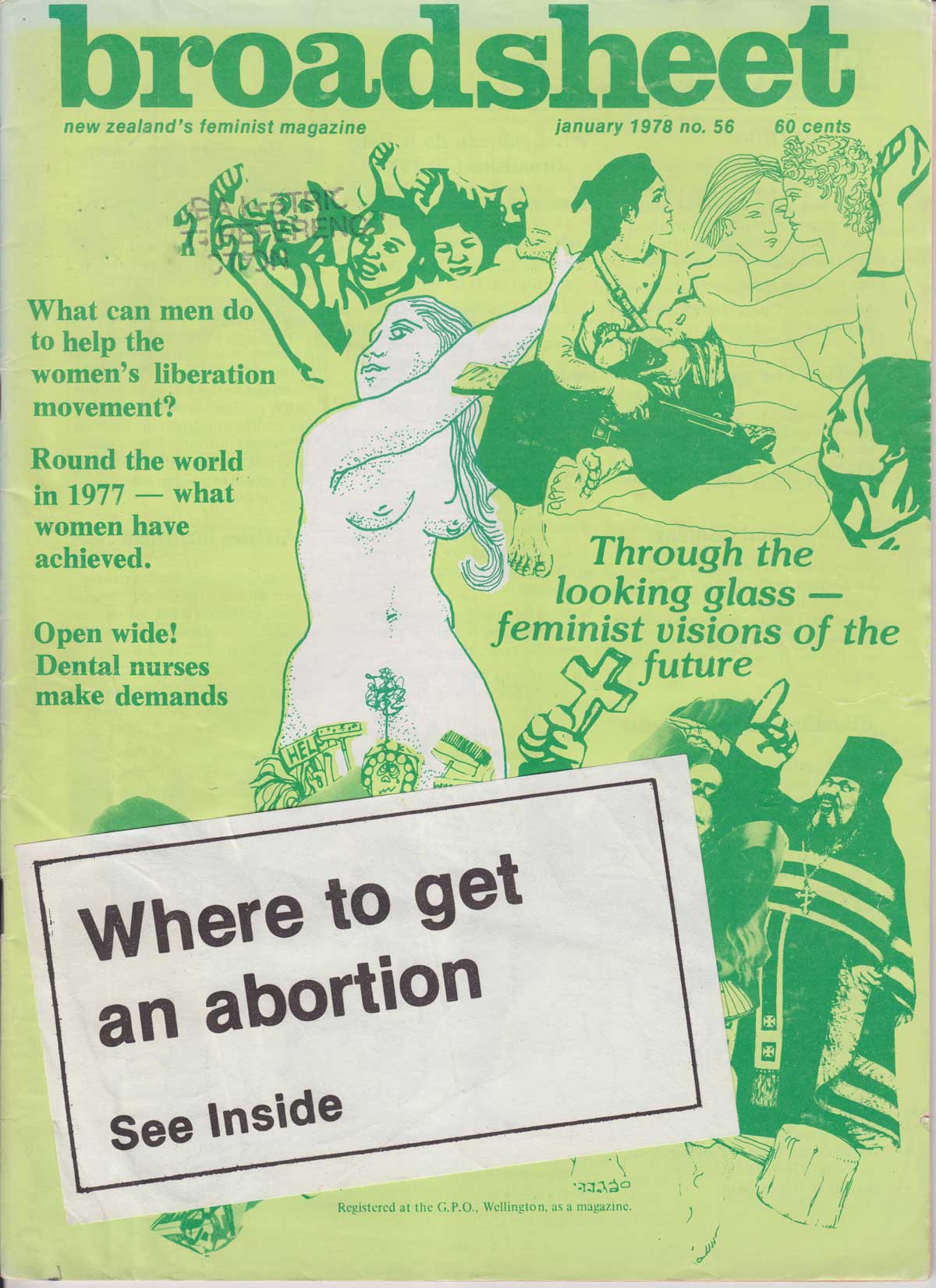