On the day of her resignation announcement, ALRANZ Abortion Rights Aotearoa expressed its gratitude to Prime Minister Jacinda Ardern for her steadfast support for reproductive rights in Aotearoa.

During the second 2017 leaders’ debate, Ardern stated her position that abortion should be decriminalised in Aotearoa and treated as a health matter rather than a criminal matter. Ardern stood firm in her support for the bodily autonomy of all citizens, and as Prime Minister she presided over a government that decriminalised abortion in its first term.

After almost 50 years of neglect and shamefaced silence from New Zealand’s political class (with a few exceptions), Ardern flipped the script and took a stand on much-needed, much delayed reform. Even though it was a conscience vote, the government’s support provided cover for MPs who might otherwise have been too intimidated to vote for reform.

In the years since New Zealand’s COVID-19 response saved thousands of Kiwi lives, Ardern, along with other high-profile women, has experienced vicious misogynist attacks in the guise of critique from both mainstream media and social media. Some of those attacks have focused on her government’s commitment to reproductive rights. She has, however, stayed the course.

Around the world, reproductive rights are under attack, even in places like the USA, whose early adoption of legal abortion made it a model for other countries. New Zealand stands in sharp contrast, with a new, reformed abortion law that has improved access to abortion care. With Arden moving on, ALRANZ will increase its efforts to make sure abortion remains safe, legal, and accessible.

We wish PM Ardern the very best in her next endeavours. We feel certain that, given her well-deserved stature on the world stage, she will continue to make the world a better place by espousing the values of kindness, following the science, and knowing your subject far better than your opponents do. 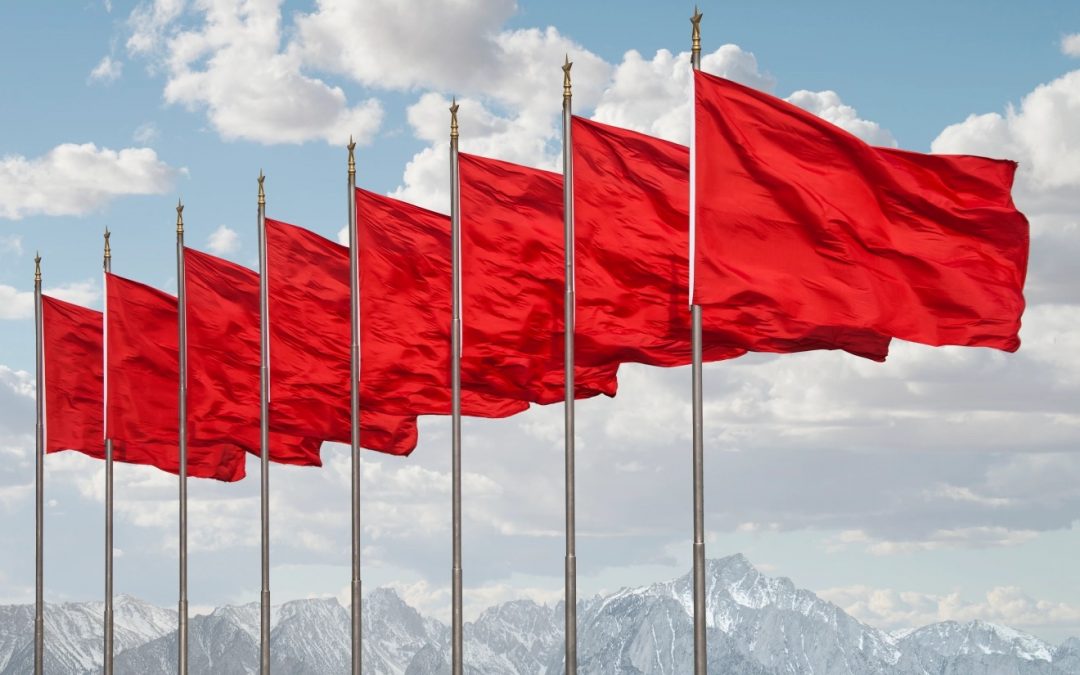 Watch What They Do

This week in the USA, someone leaked a Supreme Court majority decision that reverses Roe v Wade, the decision that establishes a constitutional right to an abortion. Now Americans are incandescent with outrage at the dumpster fire their democracy has become. When we consider our happy, sensible little country in comparison, Kiwis might be feeling a bit smug.

We legalised abortion only two short years ago. By now the law change has the feel of inevitability that Roe used to have. But it almost didn’t happen.

If Winston Peters had buried the hatchet with National instead of in it, Bill English would have remained Prime Minister. He would not have lifted a finger to advance abortion law reform – he would have moved heaven and earth to prevent it. We would still be lying to certifying consultants, saying that we were mentally disturbed to get their discretionary approval to end unwanted pregnancies.

Who is in power makes a huge difference to fundamental human rights. Every country on this planet is just a few bad politicians away from disaster.

Just ask Poland. It used to have fairly liberal abortion laws, but their unpopular right-wing government instituted a draconian abortion ban that has left doctors afraid to abort dying fetuses that are killing the person carrying them. People have died.

Even the support of large majorities doesn’t help. A large majority of New Zealanders favour abortion rights. The National Council of Women’s Gender Equality Survey found 74% of New Zealanders support the right to choose abortion. But that is no guarantee. Abortion rights are popular in the USA too – 70% say abortion should be between pregnant people and their doctors.

People in the US thought their right to abortion was secure, but they were wrong. New Zealand must not fall into the same complacency.

You might say we are safe because opposition to abortion is driven by religious extremists in the USA, and we don’t have nearly as many here.

I would submit religion is not so much the issue as authoritarianism, and we have more of those than we thought, as the occupation of Parliament demonstrated. We also have some former and current MPs who were willing to pander to the occupiers.

Losing fundamental human rights is the last step in a long series of steps. The early steps barely register – we are halfway to the end before we realise we are going somewhere.

Maintaining our reproductive freedom requires vigilance in the face of the media and politicians telling you not to be paranoid, those red flags are just decoration.

What would an erosion of abortion rights look like here? No one knows for sure.

It could start with a government hostile to reproductive rights quietly under-resourcing abortion care. Or perhaps encouraging the placement of anti-choice people in the health care system’s upper management, where they could undermine provision in quiet ways, like moving the abortion service to a different building which would require the service to request a new safe area. The service would be unprotected for the 3 – 6 months it would take to create and approve another safe area.

It could move on to nibbling away at the edges of abortion rights, perhaps starting with the least popular or most controversial. Perhaps ending telemedicine abortions. Perhaps reinstating the rule that the second set of medicines must be taken at the service, which requires another trip to the service.

Always quietly, with as little fanfare as possible so that few people notice. They will always make the change sound reasonable, and promise nothing else will change and abortion rights are safe. Just like in the USA.

This is why we need to pay attention to the political class. When the leader of the opposition, Christopher Luxon, says abortion rights would be safe under a National-led government because deputy leader Nicola Willis is pro-choice – even though he considers abortion tantamount to murder, that’s a red flag. Don’t listen to what they say – watch what they do.

Now that we have abortion law reform, we need to make sure we keep it. 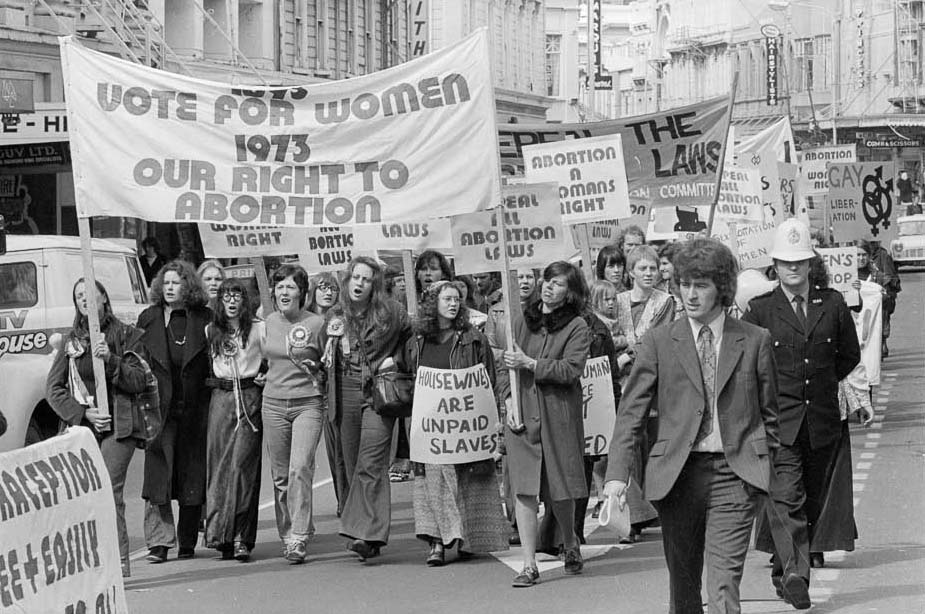 ALRANZ Abortion Rights Aotearoa welcomes the passing of the Contraception, Sterilisation, and Abortion (Safe Areas) Amendment Bill 2020 at its third and final reading today. The Bill passed with overwhelming cross-party support. ALRANZ believes this reflects the view of the majority of New Zealanders who believe women should be able to access healthcare services without being harassed.

ALRANZ President Tracy Morison said “women and pregnant peoples’ bodies are constantly policed, and it is encouraging that this bill rejects this in favour of restoring women’s dignity and privacy when accessing abortion care”.

“This legislation will ensure that people are able to exercise their fundamental right to healthcare and are able to choose whether or not to end a pregnancy. This is the definition of reproductive justice”.

The passage of this bill will also protect healthcare providers from obstruction, intimidation and threats of violence when accessing their place of work.

ALRANZ hopes that the Ministry of Health creates safe areas in a timely fashion to ensure that people seeking abortion healthcare in Aotearoa have unimpeded access to the services they require.

ALRANZ Abortion Rights Aotearoa welcomes the passing of the Contraception, Sterilisation, and Abortion (Safe Areas) Amendment Bill 2020 at its second reading this morning. The strong cross-party support for the bill is particularly pleasing, with a 108-12 result in favour of passage.

Whilst ALRANZ supports the creation of safe areas, we acknowledge the Bill in its current form is not perfect. ALRANZ Executive Member Jacqueline Cavanagh said, “the proposed process for the establishment of safe areas is cumbersome and will cause undue delays”.

“ALRANZ intends to advocate for safe area restrictions applying to all premises where abortion healthcare is provided immediately from assent. It is unconscionable for consumers and providers of abortion healthcare to be exposed to potential harm due to unnecessary red tape.” 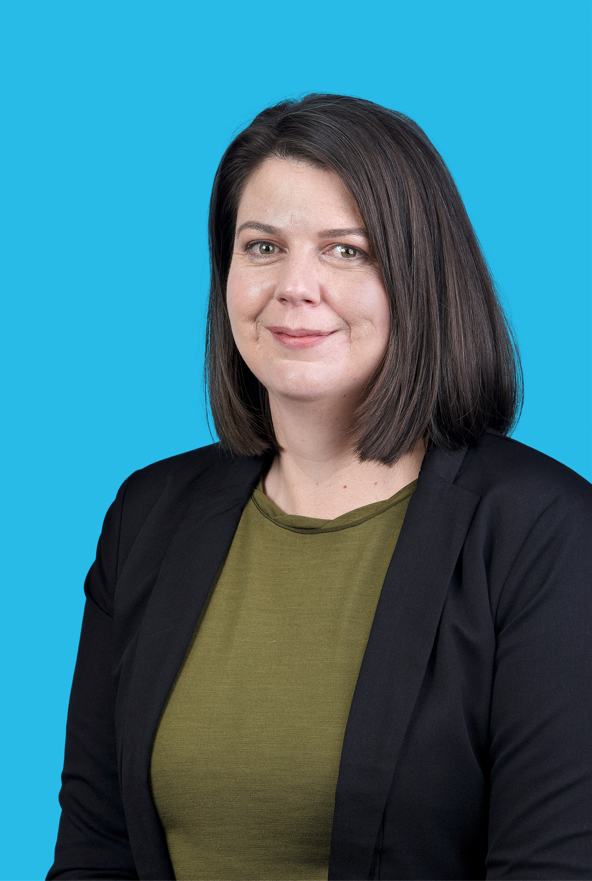 ALRANZ would also like to remind the 12 MPs that voted against the second reading of this Bill that they are not voting on whether they support safe and legal abortion. The issue is whether abortion patients and providers should be protected from intimidation and the real threat of violence, not dissimilar from the threats those MPs have seen outside Parliament this week.

We urge these 12 MPs to reconsider their position and vote yes on the Bill in it’s the third reading. The passage of the Bill will demonstrate that Aotearoa is willing to protect consumers and providers of vital healthcare services.