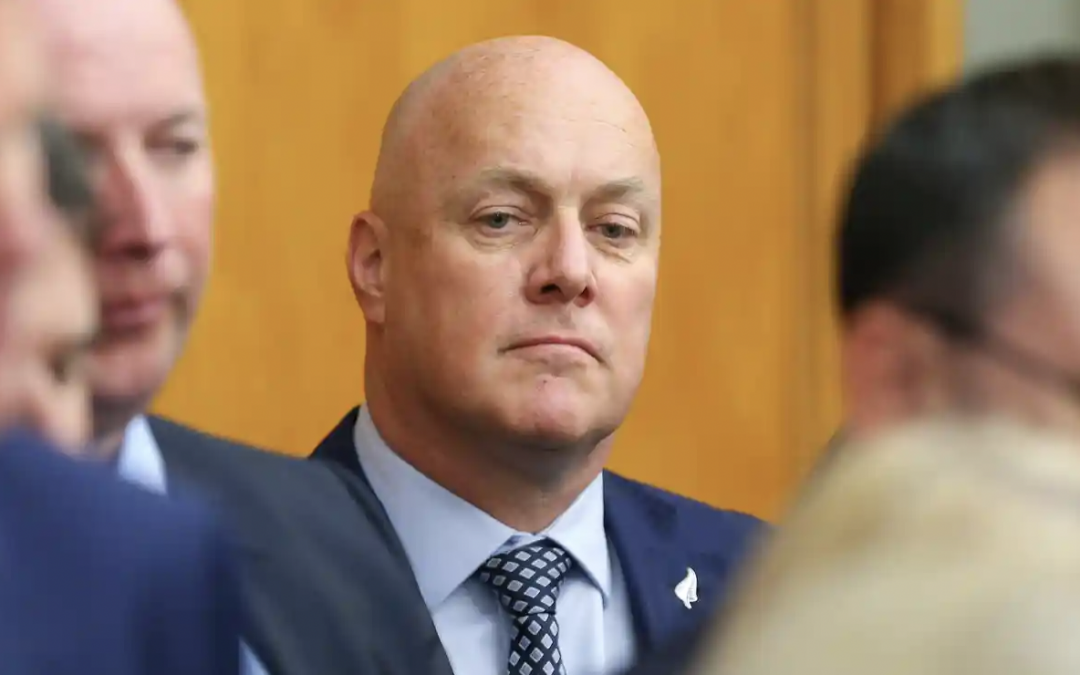 In the days since the US Supreme Court reversed Roe v Wade, Christopher Luxon has been pressed repeatedly on the future of New Zealand’s two year old abortion law reform under a National government.

With increasing frustration, he repeats himself only to face more questions. His effort to calm the waters is not working. Let’s consider why.

The leader of the opposition is on record stating his belief that “abortion is tantamount to murder.” He spent the 24 hours after the news about the reversal of Roe releasing successive statements promising not to touch New Zealand’s two year old abortion law, which legalised the procedure in 2020. In the final version he said:

I have been consistent since becoming leader that these laws will not be relitigated or revisited under a future National government, and these health services will remain fully funded.

The first problem with Luxon’s assurance is that much harm can be done to abortion rights without relitigating or revisiting the law.

A hostile government could decide to require all abortion providers, rather than only those in hospital settings, to follow the Ngā Paerewa Health and Disability Services Standard. Such a move would operate as TRAP (“Targeted Regulation of Abortion Providers”) laws did in the US, by making it impossibly onerous or expensive to provide services outside hospital settings. This would reduce the number of providers and disadvantage people living away from the main centres.

Our safe areas law requires the Minister of Health, in consultation with the Minister of Justice, to apply for an Order in Council to create one safe area. A hostile government could just … not, meaning harassing people seeking abortion care would not be against the law. National’s shadow health minister is Dr Shane Reti, and its shadow justice minister is Paul Goldsmith, both of whom voted against the Abortion Legislation Act 2020 at third reading.

Protection for minors needing abortion care from being forced to inform their parents (which could have deadly consequences for those with abusive parents) is in the Care of Children Act 2004, not the Contraception, Sterilisation, and Abortion Act 1977, which makes it fair game.

See this article for more ways a hostile government can screw around with abortion care.

The second problem with Luxon’s assurance is the forced birth movement’s history of saying whatever they have to in order to get what they want.

Crisis pregnancy centres all over the world use misleading advertising to get pregnant people through the door so they can browbeat them out of seeking abortion care. Forced birth advocates trot out the old myths about abortion causing infertility, breast cancer, and mental illness. Local forced birthers peddle the myth that New Zealand’s abortion law is the most “extreme” in the world, and allows for abortions “right up to birth.” Conservative Supreme Court justices lied to the US Senate in their confirmation hearings, saying they believed Roe was settled law, when they fully intended to reverse it.

It would be foolish to ignore this propensity in others who believe as Luxon does. Luxon may or may not be lying himself, but we must consider the possibility.

This is because of the third problem with Luxon’s assurance: the risk/exposure calculation.

What is at stake here? Our fundamental human right to bodily autonomy. Our ability to choose our own futures, to follow our dreams when those dreams do not lead to parenthood. In some cases, our very lives. The stakes are beyond huge.

The people of Aotearoa have the right to decide how much they are willing to risk on Luxon’s word.

The tumult in the US demonstrates the frightening truth that once we discover we have been lied to, it’s too late to save ourselves. This could be the US’s lasting legacy – an object lesson in believing people when they tell you who they are. It’s our choice whether or not we follow in American footsteps.