The Courage of Helen Paterson 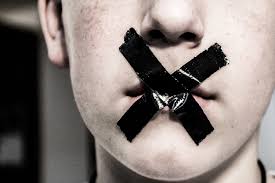 We already know how New Zealand’s abortion bureaucracy forces women to lie to get the health care they need. We have overlooked how it forces certifying consultants to lie to keep their jobs. That is, until Dr Helen Paterson came out as a pro-choice supporter.

The Contraception, Sterilisation, and Abortion Act directs the Abortion Supervisory Committee to have regard to the views of certifying consultants when appointing them or renewing their appointments. By ‘views’ the legislation means whether the certifying consultants can navigate a path between what the legislation sets out as two extremes: believing no abortion should ever be granted, or believing abortion should be a matter between a woman and her doctor.

I pause to note the two positions are not equally extreme. ‘No abortion ever’ is an extreme. The equal and opposite extreme would be something like ‘everyone gets an abortion whether they want one or not’. People choosing abortion and getting them by their own consent is a middle of the road position. But I digress.

To believe the state has no right to force people to give birth and become parents against their will is a political view. To believe it is ethical for people to choose for themselves whether or not to continue a pregnancy is an ethical or religious view.

Dr Helen Paterson is a certifying consultant. She wrote to the Abortion Supervisory Committee last month, informing them of her political and religious beliefs. She told them she believes abortion is a matter for a woman and her doctor to decide.

The Abortion Supervisory Committee has not yet told Dr Paterson whether or not they will withdraw her appointment.

Right to Life New Zealand has called for Dr Paterson’s dismissal. Evidently, they only recognise human rights for foetuses, not pregnant people and not certifying consultants.

How will it turn out? We will keep you posted.