Evidence based and patient-focused 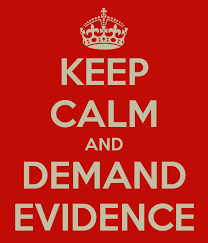 Finally, after 40 years, a New Zealand politician has the courage to admit what many of us have known all along: New Zealand’s abortion bureaucracy is not fit for purpose.

It’s a good start. Acknowledging the problem is the first step toward solving it.

Assuming the next government achieves abortion law reform, perhaps no one will want to touch it for another 40 years. We had better make sure Parliament comes up with a system we can live with, one that is responsive to changes in technology and best practice.

Any new system must be evidence-based and patient-focused. This is because abortion is health care. It should be regulated just like other forms of health care. No more, no less.

New Zealanders have had enough of abortion law based on old prejudices that were falling out of use even as the Royal Commission of 1976 was writing its reporton abortion. It is time to trust women to decide what is best for themselves and their families.

Norms have changed since the 1970s. Most people no longer believe women are inferior or incapable of making decisions for themselves.

It is incumbent on those who do not trust women to say why they do not find women trustworthy. And provide evidence.