From Our Files: Guess Who? Where?

The man at the centre of this picture is pretty recognisable, but do our readers have any clue as to when (year?) this pic was taken, who organised the picket and what was going on? Answers — at least as much as we know — in a couple of days, so check back. Meanwhile, we welcome your suggestions and memories, for those who have them, of those days. 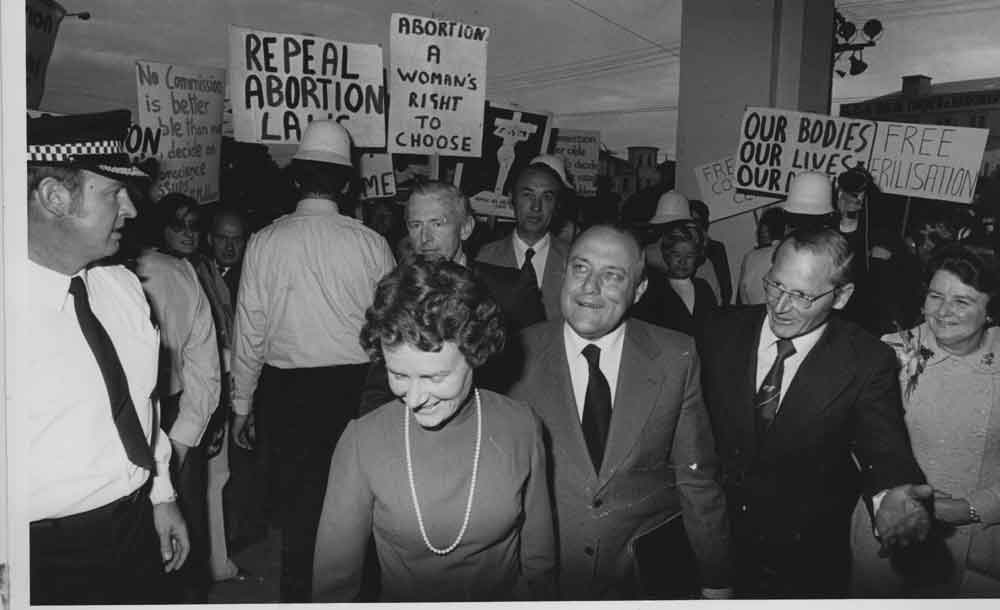 UPDATE: Here’s what we know: 24 November 1975, WONAAC (Women’s National Abortion Action Campaign) picket of Muldoon meeting at the Wellington town hall. The election was held 5 days later, on 29 November, sweeping National, and Robert Muldoon as PM, into office, ending the rule of the Third Labour Government and the prime ministership of Bill Rowling.