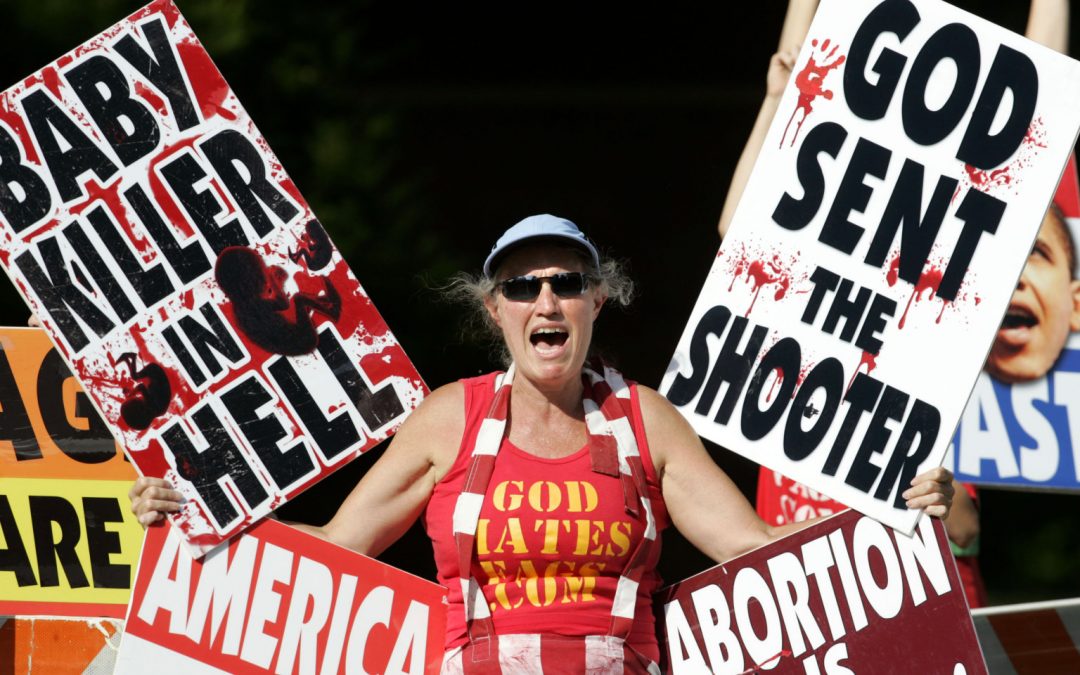 Students from Wellington Girls College have started a petition calling for safe access zones around Wellington Hospital, to prevent harassment by anti-choice protesters.

In a TVNZ article about it, a law professor says:

The real issue here, of course, is that creating a no-protest zone sets a precedent for other protests to be banned, and I think that is a dangerous road to head down.

The purpose of safe access zones is to stop the targeted harassment of people who decide to receive abortion care. Some people feel intimidated, others angry, at the cheek of these elderly men with gory signs who know nothing whatsoever of their circumstances, presuming to think they know better than the pregnant person does.

In the first place, there is no suggestion of banning protests. Rather, the location of protests would be regulated.

This is manifestly not for the purpose of banning or preventing protests. The protesters would not be required to protest only at 2 AM outside Wellington city limits. They would be free to protest wherever they want, except within the safe access zone.

They could even protest in places that attract politicians who could actually change the laws they oppose, like Parliament. Very few politicians at the hospital.

Let’s say you believe vaccinations cause autism. You can speak your piece on a street corner, and carry your sign up and down the footpath outside the headquarters of a pharmaceutical company. But it is not part of your freedom of expression to accost someone trying to get their children vaccinated or get a flu jab.

It is open to the state to balance the rights of private people seeking private health care against those who want to disturb and confront them at a vulnerable time. The state has a valid interest in protecting people from such harassment while they are going about their business.

In the third place, would preventing this kind of harassment even be controversial if the people bearing the brunt of it were not women seeking abortion care? Pregnant women who are seeking health care our society has stigmatised for years?

The protesters apparently hope the rest of society agrees with them that these women do not deserve the protection of the law. Over the years, in places like the USA and Australia, police seem to have agreed with the protesters that the usual laws against assault and harassment don’t apply in the case of these women. That usually doesn’t change until a specific law, like one creating safe access zones, is passed.

It is long past time receiving abortion care, like receiving any other kind of health care, is seen for the private act it is, and protected accordingly. We hope Parliament will give due consideration to these students’ petition in the coming debate on abortion law reform.