The Courage of the Abortion Supervisory Committee 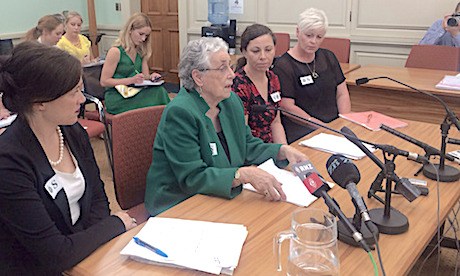 The Abortion Supervisory Committee showed courage when it refused to sack Dr Helen Paterson for holding the view that abortion should be a matter between a pregnant person and their doctor.

Our archaic abortion laws put the ASC between a rock and a hard place.

The Contraception, Sterilisation, and Abortion Act 1977 s 30 directs the ASC to appoint certifying consultants “whose assessment of cases coming before them will not be coloured by views in relation to abortion generally that are incompatible with the tenor of this Act.” It goes on to describe those views as: a) “that an abortion should not be performed in any circumstances”; or b) “that the question of whether an abortion should or should not be performed in any case is entirely a matter for the woman and a doctor to decide.”

But the New Zealand Bill of Rights Act 1990 s 13 recognises people’s freedom of thought, conscience, religion and belief, including the right to adopt and to hold opinions without interference.

If these two laws sound incompatible, you’ve got it right. The CSA directs the ASC to discriminate based on opinion, which the Bill of Rights Act proscribes.

BORA s 7 directs the Attorney General to tell Parliament when a bill likely contravenes BORA, but that process was never retroactive.

So the ASC, faced with the choice of either breaching a glorified regulation in the CSA, or breaching a fundamental human right in the BORA, chose to breach the regulation. The choice they made shows integrity.

This decision has consequences for the ASC. It is possible Right to Life New Zealand will seek judicial review, costing Crown Law time and money.

ALRANZ applauds the ASC for making the principled choice.