Dispatches from the US: Gun Violence and Reproductive Justice

This is the first of a new blog series by Morgan Healey, immediate past President of ALRANZ, who has recently returned to the US. It aims to bring to life the uniquely absurd state of reproductive rights and justice in the US.

I had been in the US for less than a week before I was confronted with a white man openly carrying a handgun. It was 4pm in the afternoon in a mobile phone store in the middle of central Massachusetts. This was not a high risk or high security setting. In fact, the only perceived threat I could see was the man toting the gun. 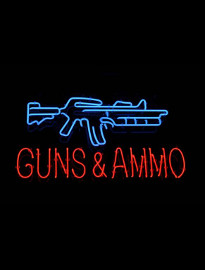 Massachusetts state law requires those with a gun license to carry these openly – i.e. the gun cannot be concealed. So I guess in some ways I should be thankful that this muppet was wearing his gun so that everyone could see it! Perhaps I just wasn’t feeling very thankful that day. While I found the scene rather distressing, and found I needed to monitor this man’s every move to see if I would need to react quickly to avoid being shot, the strangest part was the fact that no one else in the store seemed to notice or care. Have we as a society in Massachusetts become so desensitized to guns and gun violence that the sight of a man in broad daylight carrying a gun is normal?

A few days later there were two mass shooting on two separate US college campuses. The media were awash with debate about the need for better gun control in the country. My mind went back to the mobile phone store – what would it have taken for that man to use his gun? (And how quickly could I get back to NZ, where I could never imagine having a similar experience?!)

Interestingly, the gun control debate has led to comparisons with increased restrictions on reproductive health, specifically abortion. The question was poised: what if we controlled the ownership of guns in the same way we control pregnant people’s access to abortion? Here is one quote that does a great job of articulating that reality (the author is unknown but the ideas are thought to come from an article William Hamby wrote in 2013 and I took the quote from this Huffington Post article):

“Or, hey, how about we treat every young man who wants to buy a gun like every woman who wants to get an abortion — mandatory 48-hr waiting period, parental permission, a note from his doctor proving he understands what he’s about to do, a video he has to watch about the effects of gun violence, an ultrasound wand up the ass (just because). Lets close down all but one gun shop in every state and make him travel hundreds of miles, take him off work, and stay overnight in a strange town to get a gun. Make him walk through a gauntlet of people holding photos of loved ones who were shot to death, people who call him a murderer and beg him not to buy a gun.

It makes more sense to do this with young men and guns than with women and health care, right? I mean, no woman, getting an abortion has killed a room full of people in seconds, right?”

The quote provides a stark picture of, on the one hand, the nonsense pregnant people put up with in this country when they want to access an abortion, and on the other, the relative ease with which any tom, dick or harry can waltz into a gun shop and purchase a hand gun (and then stroll into his nearest mobile store with it strapped to his thigh!).

To put the issue of abortion and gun control in another context, the Atlantic published an interesting article on “The Strange Laws that Dictate What Your Doctors Tell You”. While I was well aware of the state laws that force medical professionals to lie to women about abortion, I was surprised to learn that some states also legislate what medical professionals say or ask about in relation to fracking and (you guessed it) guns. According to the article, Florida and 14 other states have passed legislation “that severely curtailed doctors’ ability to discuss guns with their patients, citing the privacy rights of gun-owners”.

While the article makes the connection between having a gun in the house with both suicide and accidental shootings, I wonder about the correlation between guns and domestic violence. The health profession is often at the coalface of detection of domestic violence, particularly against women and children. However, if medical professionals are prevented from inquiring about gun ownership in the house they may not be able to adequately assess the risk to their patients or to refer the person to the proper services (although I doubt there is a service designed for women/children terrified that their partner might blow them away with a gun!).

In short, while the US seems completely comfortable protecting and preserving the rights of people to hold and carry assault weapons – many of which are used to kill actual living people with families, friends, whanau on a daily basis – it has little thought for the pregnant person and their right to bodily autonomy. What is of utmost importance is ensuring that a fetus can make it into their world regardless of the needs of its parents. And then what do we do? We hand that right to life over to the gun lobby and politicians? This is why the argument for gun control is about more than just highlighting how ridiculously we restrict abortion, it is also about reproductive justice – the ability of women (particularly women of colour) to know that if they bring a child into the world that it can live and thrive without fear of being shot. Now shouldn’t that be the priority of the ‘pro-life’ movement?