It’s probably no accident that the Abortion Supervisory Committee’s (ASC’s) annual report always comes out at the start of the silly season and, this year, was tabled on a Friday (13 December). The media caught up with the report last week when the Sunday Star Times (SST) ran a Fairfax story headlined “Abortion Rate at Lowest in 20 Years” (Never mind that the stats showing the decline were made public in June by Statistics NZ. This happens every year.) What we wait for in the ASC report is not the stats – though the report does have some extra data and it’s much more user friendly – but the commentary. (A bit more on that below.)

The SST’s story included some comment from an anonymous Voice for Life spokesman who, among other things, claimed that abortion was “incredible harmful to the woman and a violation to life.” ALRANZ president, Morgan Healey, promptly sent a letter to the editor challenging that claim, which appeared in the SST today: 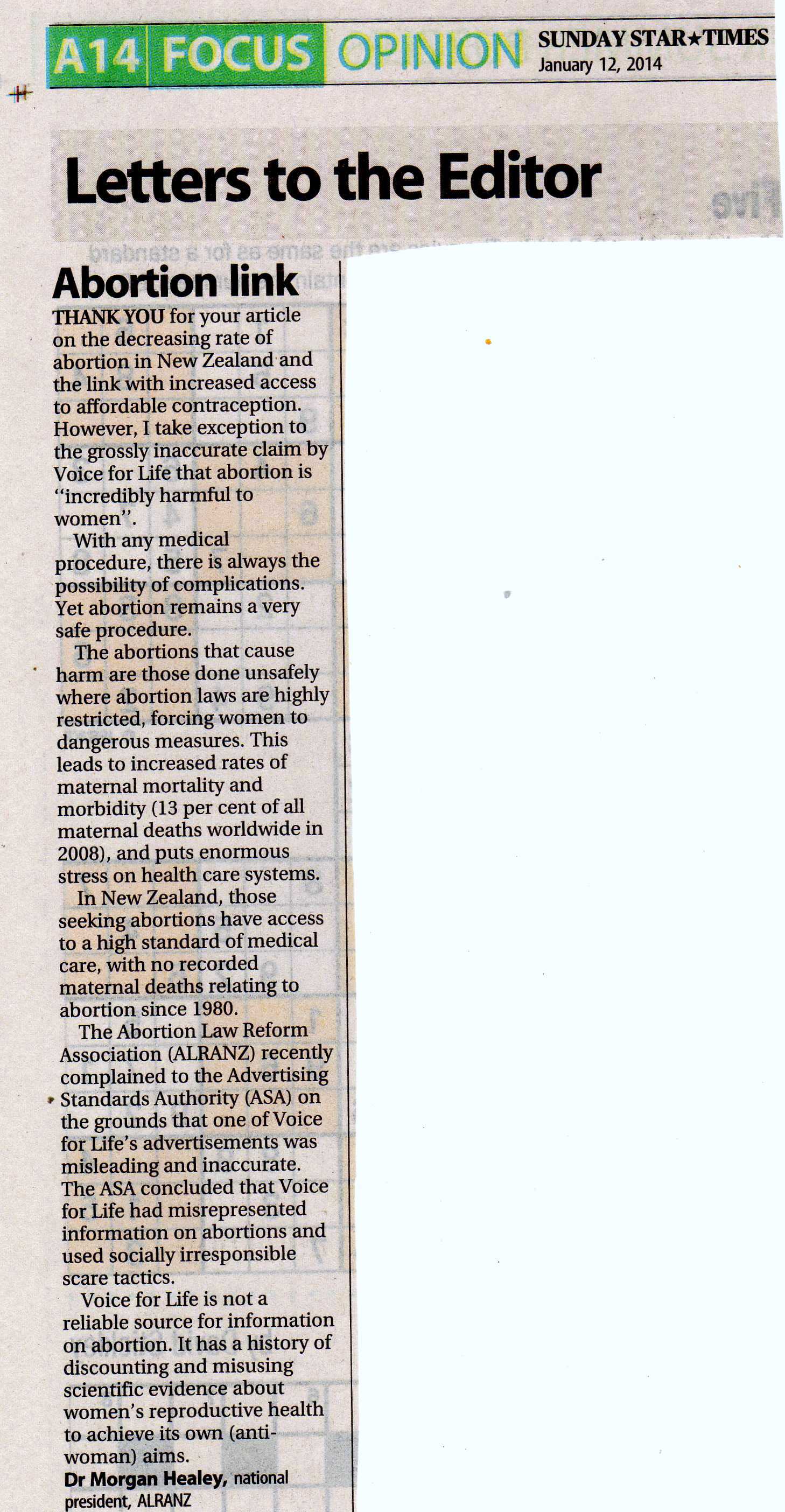 In its commentary, (and you can download a pdf of the ASC report here), the ASC addresses some interesting issues (albeit apologetically at times), providing further evidence that often cited anti-choice rhetoric is nothing more than fiction.

Abortion services have in recent years been set up in areas where, previously women had to travel considerable distances to access abortion care: Southland (at Invercargill) and the Bay of Plenty (at Tauranga) and Tairawhiti (at Gisborne). The new Southland and Tauranga services in particular were met with the inevitable opposition and scare-mongering from anti-abortion advocates. ALRANZ and others continue to argue that these services change nothing around the legal and administrative hoops people seeking abortions have to jump through, they just ensure the service is a bit closer to home, thereby reducing stress and making life for women just that little bit easier.

The ASC report backs that up by stating:

Another concern raised is that the establishment of new licensed institutions, especially in smaller centres, may result in an increase in abortion numbers for women within these regions. Two relevant examples can address this. In both the Tairawhiti and Southland regions, where new local licences were issued in recent years, the number of terminations carried out in 2012 was significantly fewer than the number carried out in 2011, not greater.

2. Sex Selective Abortion: Trying to whip up a controversy

Anti-abortion advocates in the UK have had some success whipping up a furore over sex selective abortion, and it seems they’ve tried to do the same here – so far, with no success. Here’s what the ASC report has to say:

In the past we have received correspondence from writers expressing concern about the possibility of sex selection abortion in New Zealand and, to that end we have discussed this with certifying consultants. The feedback received supports our view that requests for abortion on the grounds of sex, which is illegal, is not an issue in New Zealand.

In 2012, 92% of induced abortions were carried out in the first trimester of pregnancy (up to and including 12 weeks gestation). The sex of the foetus is rarely known by the 12th week of pregnancy and therefore cannot be a reason for termination in these cases.

This happens everywhere. Many people are often surprised to learn how ubiquitous this is in Aotearoa NZ, and how many women seeking abortion care have to run the gauntlet of anti-choice protesters. We’ll be interested to see what “support and preventative measures” the ASC comes up with. Here’s what they have to say:

Harassment of those seeking or providing abortion services remains a significant concern to the Committee, especially as disturbing reports of violence at overseas abortion clinics continue to surface.

We have continued to work proactively with the Police in response to reports of protests near licensed institutions and harassment of abortion clinic staff, other hospital staff and patients. While we recognise the right to peaceful protest, we will take all practicable steps to address any perceived harassment, either separate from or as part of any protest activity.

In addition to ensuring that services are not affected as a result of harassment, the safety and autonomy of medical staff and patients is paramount. Our aim is to ease the concern and vulnerability of staff around the country and we are considering what support and preventative measures can be put in place to prevent further harassment.

Update: Just your regular harassment and abortion shaming, for example, at Epsom Day on 15 January 2014: 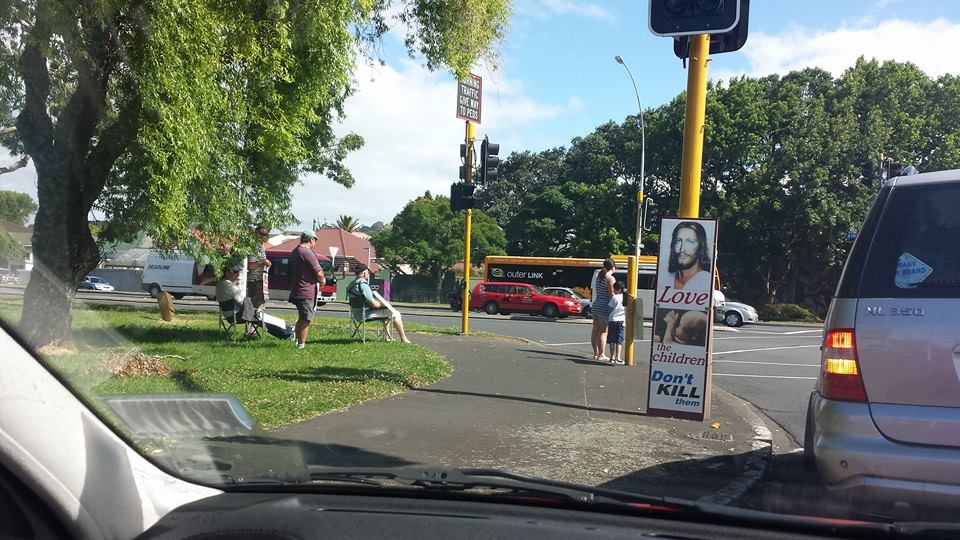 There’s lots of other interesting commentary and info in the report, so have a read. Here’s that link again.