From Our Files: Arson at SOS

This entry is part of an occasional “From Our Files” series in which we dig through ALRANZ newsletters and related files to give readers a bit of insight into the recent history (post-1960s) of the struggle for reproductive rights in New Zealand. All the entries are listed here.

On March 28th 1978 the Ponsonby premises of the Auckland Sisters Overseas Services was severely damaged by fire. The arsonist(s) climbed a fire escape, forced entry through an upstairs window and lit 5 fires inside the rooms. Signed Repeal petitions and some records were lost in the fire, although SOS continued as usual – next door.

Remember the fearful and crippling damage done to the Auckland Medical Aid Trust Hospital by other crusading arsonists in 1976? 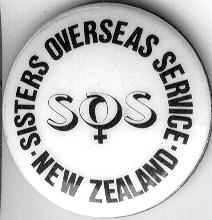 Sisters Overseas Service (SOS) was set up in the 1970s to help women travel to Australia for abortions, since very few were being performed in New Zealand (and almost none openly). Just after the 1977 Contraception, Sterilisation and Abortion Act passed, an estimated 10 women a day were traveling to clinics across the Tasman, mainly in Sydney and Melbourne. Although the Auckland Medical Aid Trust (the AMAT clinic, also known as AMAC) abortion clinic was set up in Auckland in 1974, the new law forced its closure for nearly two years. And at that time there were no public clinics – Epsom Day didn’t open until November 1978, followed by Parkview in Wellington in July 1980 and Lyndhurst in Christchurch in 1986. SOS and AMAC weren’t the only targets of anti-abortion attacks, with Lyndhurst and Epsom Day facing firebombings, arson and bomb threats.
The Repeal petition, one of the largest at the time, was aimed at repealing the 1977 law. Supporters gathered 318,820 signatures in just four months. Parliament paid no attention.