From Our Files: The $1/4 Million Humbug

In this second post, then ALRANZ National Secretary Jan Clark critiques the recently released report of the Royal Commission on Contraception Sterilisation and Abortion, which became the basis of our current laws and is often cited in court cases over abortion access. (The Royal Commission, which sat for a couple of years, cost taxpayers around a quarter of a million dollars.) 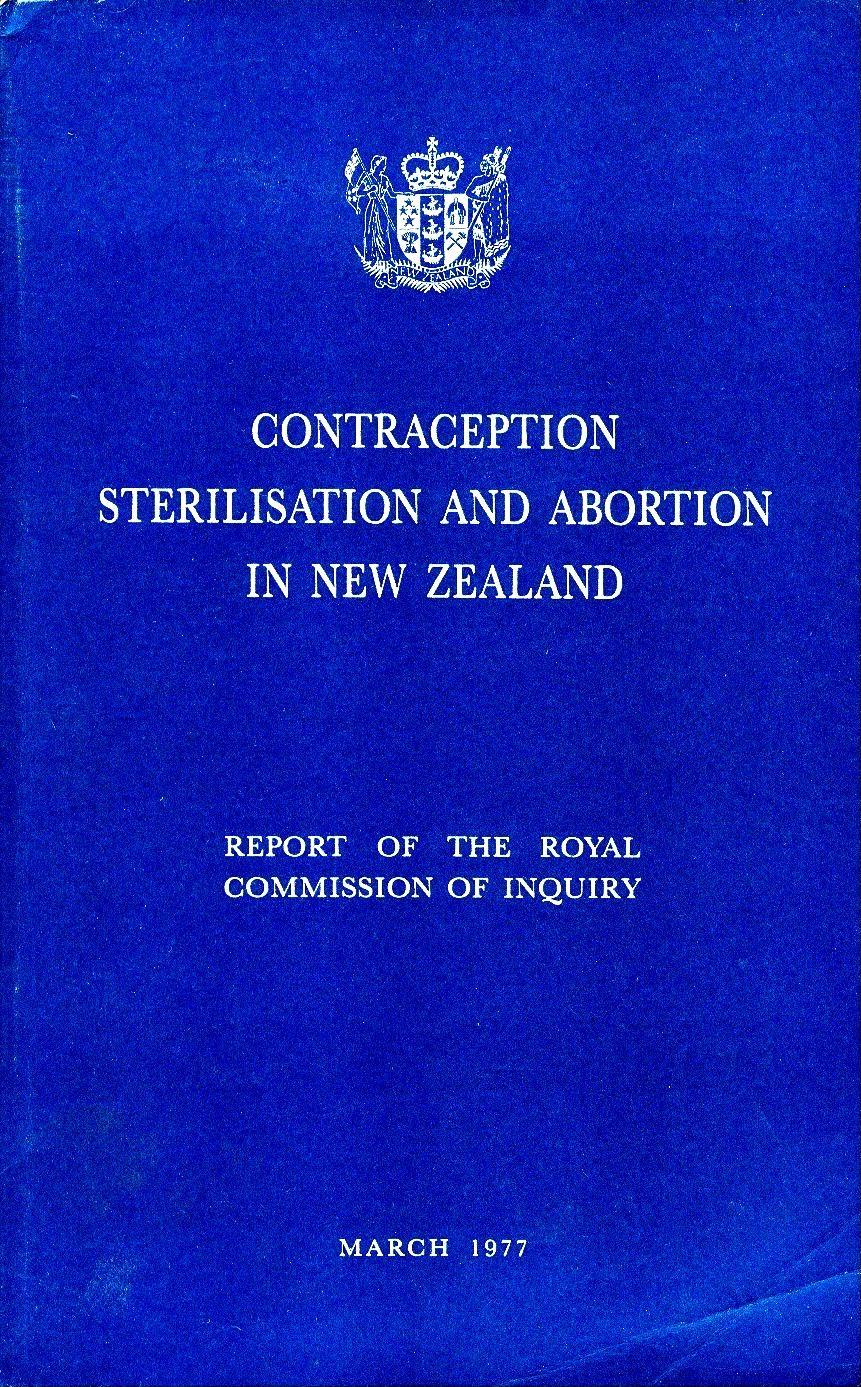 The Royal Commission deliberately proposes an expensive, cumbersome, time-wasting, dehumanising process for abortion referral. Their intention is to restrict the numbers of abortions and this they do in a way which ignores individual conscience, grossly inhibits a good doctor-patient relationship, and circumvents the judicial system.

How was the punitive rigidity of their conclusion possible? It stands in striking contrast to the U.S. Supreme Court decision and the conclusion of the Lane Commission which investigated the workings of the British Abortion Act. How many people realise that most of the evidence they heard about the pioneer Auckland Clinic was interpreted and presented by SPUC’s very experienced and expensive Queen’s Counsel? They did not bother to visit the hospital, patients or staff.

Women appeared before them in unfamiliar and intimidating circumstances. We know they made at least some feel they were bored, and that valuable time was being wasted. They asked few questions – a sort of gracious audience – certainly no learning experience for the Commissioners. The most vulnerable women tend to be those who provide the most memorable case histories. These are just the women ALRANZ would not consider parading before the Commission.

Yes, they drew conclusions very different from those of the majority of general practitioners and psychiatrists. Rigid control over abortion is advocated, but where are the alternatives to eliminate abortion requests? Where do they propose alternatives which show a genuine concern for women, such as child care facilities, home aids, generous social worker quotas, free contraceptives? Nowhere!

The argument undeniably centres around religious/ethical beliefs and not on medical/scientific grounds of safety, techniques or the desirability of abortion. Our pluralistic society faces a situation where compassion and tolerance for individual differences are to be tossed aside at great cost to many New Zealand women and their families.

Just how much concern do we have for NZ women – their needs and aspirations? If there is to be value in motherhood surely it must be voluntarily chosen. If a woman’s need to control her fertility is to be denied by legislation, then motherhood is reduced to baby-farming and the importance of each individual child is also down graded. The proposed Supervisory Committee would be more accurately described as another NZ Producer Board – compulsory acquisition, export value – a rising debit. Only the arrogant or socially and economically insulated can ignore these implications of the Royal Commission recommendations.

ALRANZ supports absolutely the right of all women to have the children they choose regardless of cost or complication and within the public health service. If abortion is legally available early, safely and cheaply not one single woman need have any fear of being forced to have her pregnancy terminated, but if abortion is not legally available because of the anti-abortion beliefs of certain politically influential pressure groups, for example the Roman Catholic Church and SPUC (does that count as one or two?) then women whose personal ethical beliefs do not preclude abortion, and whose individual needs require it are blatantly discriminated against.

Their health needs are ignored, their lives are arbitrarily manipulated, and their personal integrity trampled on. If a majority of our politicians allow this situation to become law then their talk about “human rights provisions”, “anti-discrimination legislation”, their disapproval of repressive regimes in other countries, is the emptiest of mouthings.

This is your last chance to influence your representative in Parliament with a brief, rational letter. WRITE NOW.