From Our Files: The Cartoon Edition

This is the (mainstream media) cartoon edition. Thanks to the cartoonists who we have contacted who are happy to have their toons published. If those we haven’t reached have concerns about publication here, please write to us at alranzblog@gmail.com 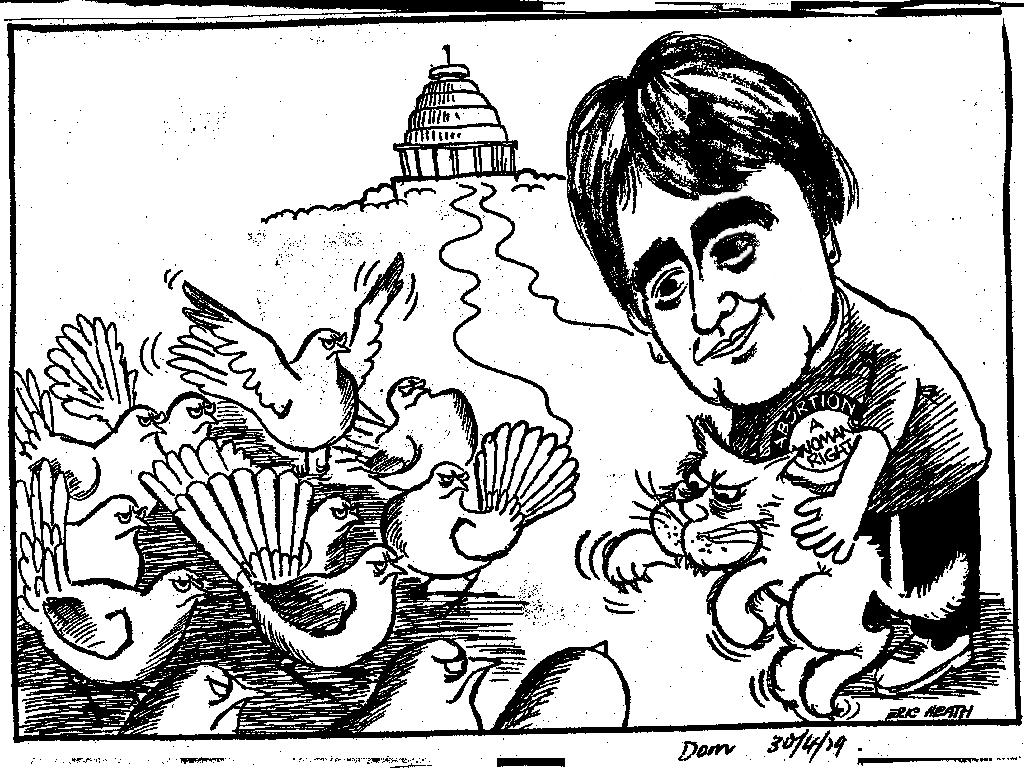 “Cat Among the Pigeons”. By Eric Heath. This cartoon features Marilyn Waring, the then National MP, who had championed use by women of menstrual extraction kits. From 30 April 1979. 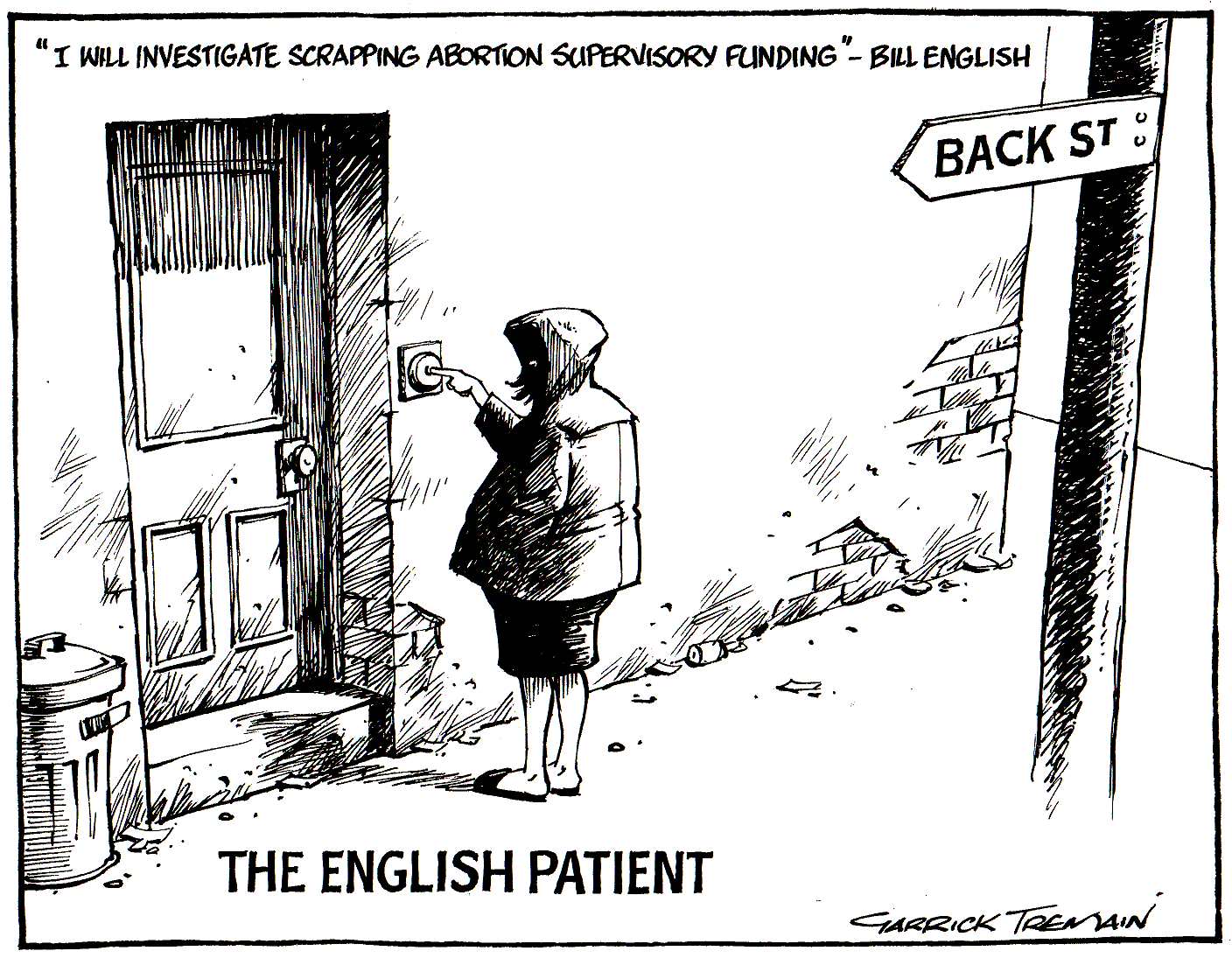 “The English patient,” by Garrick Tremain. In December 1997 to mark the 20th anniversary of the passing of the abortion legislation a gathering was held in Parliament where the cost of the Abortion Supervisory Committee came under scrutiny. Health Minister Bill English said he would investigate spending the money on services to reduce abortions. This was the response by Tremain in the Otago Daily Times. 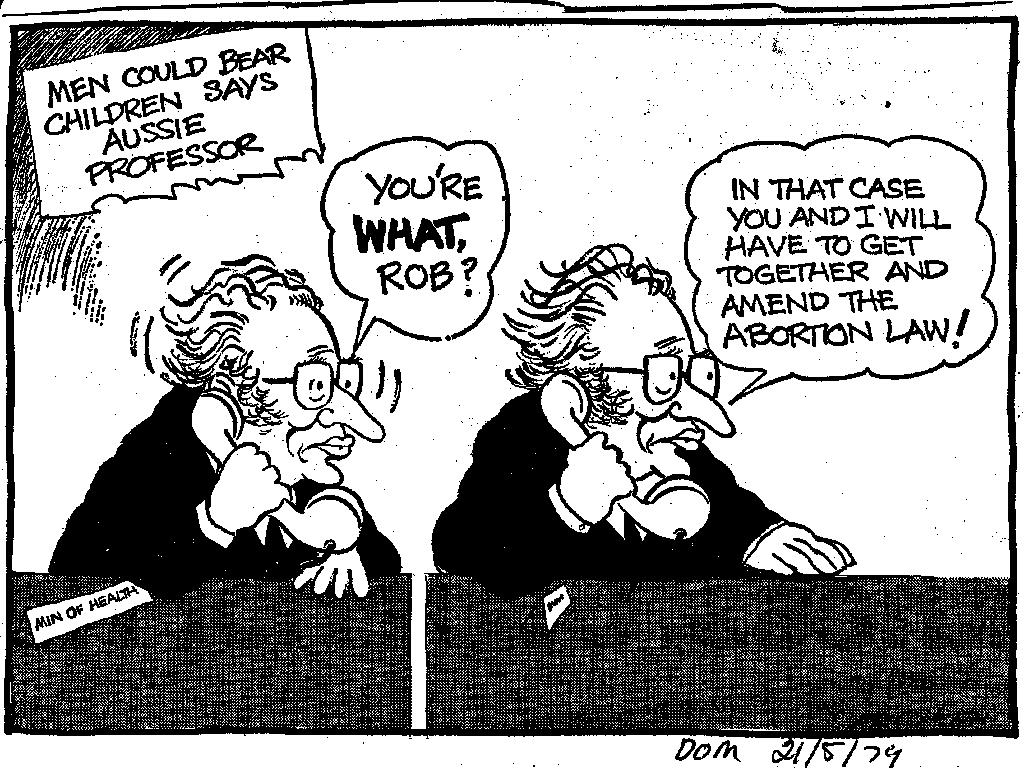 By Eric Heath, George Gair, a National MP who was liberal on abortion, on phone to PM Robert Muldoon, a conservative. Dominion 21 May 1979. 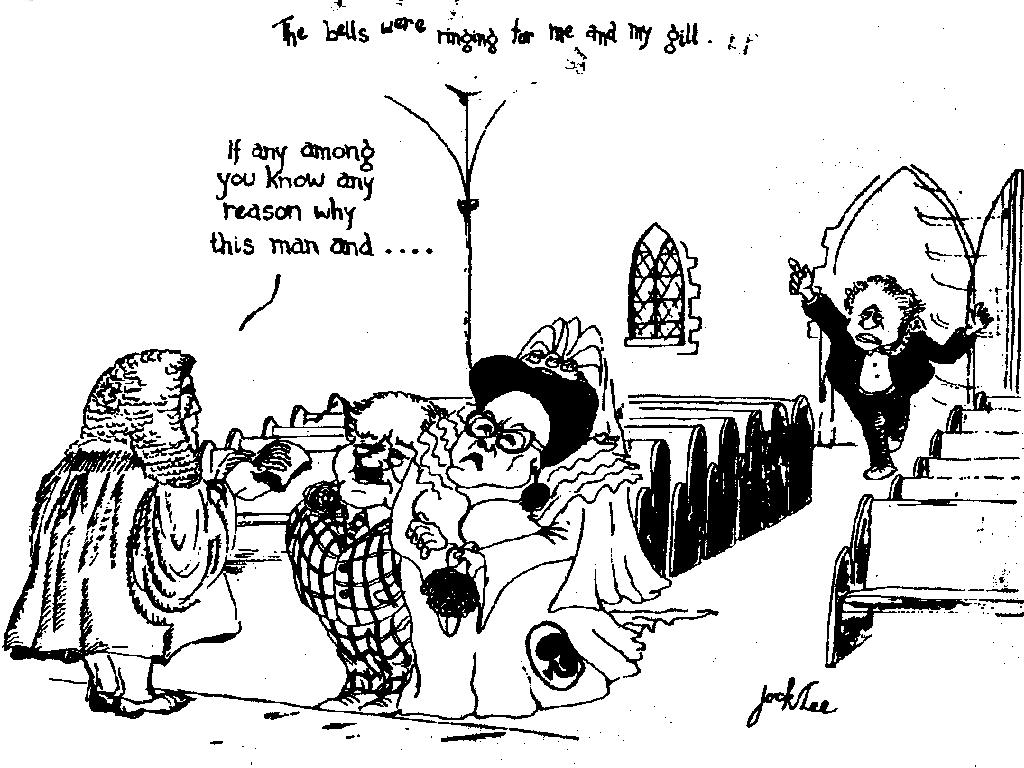 By Jock Lea. The bells were ringing for Health Minister Gill (a conservative on abortion) & Diana Mason (a leader of SPUC) with objections from George Gair (National MP, and liberal on abortion rights). The Week, 1976. 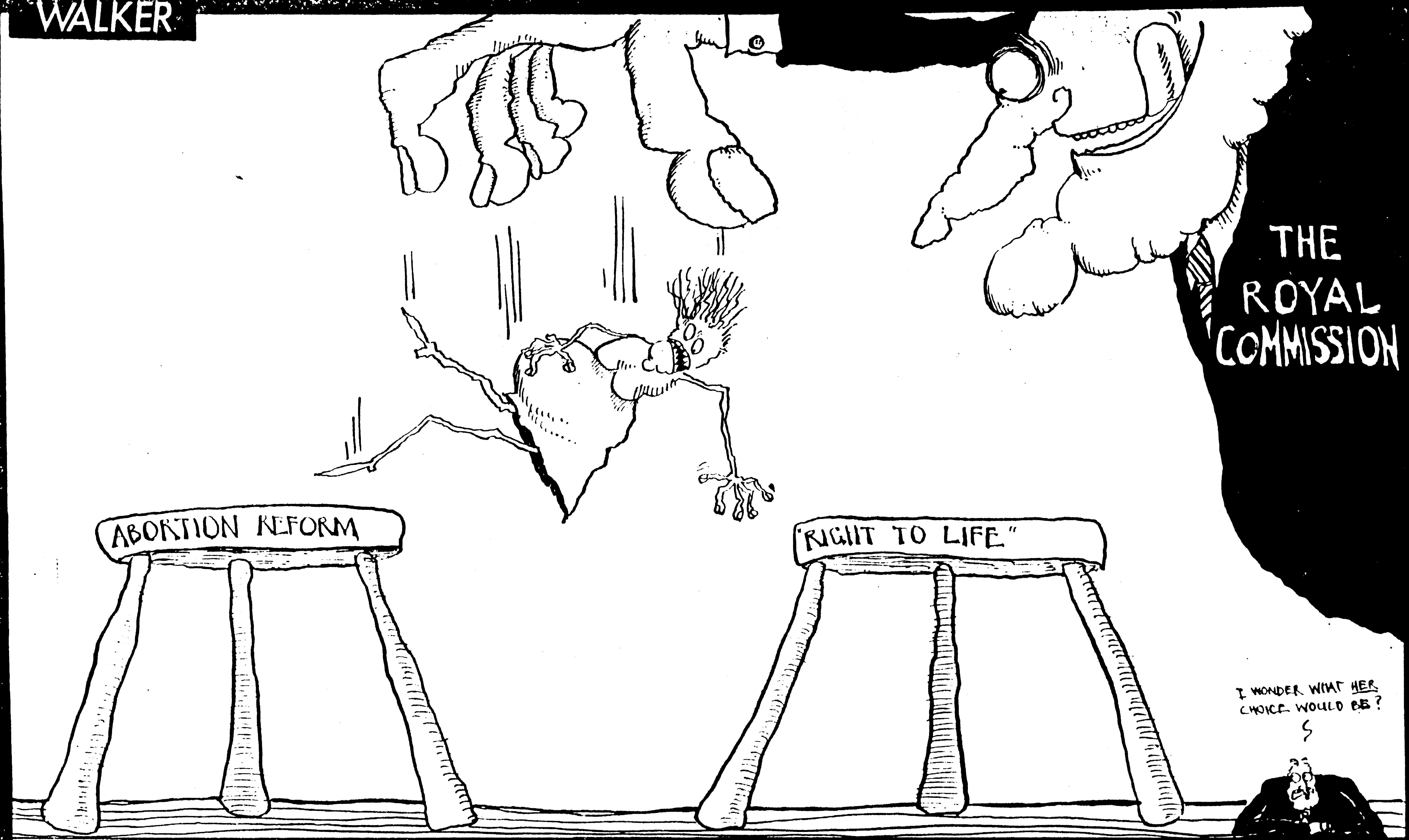 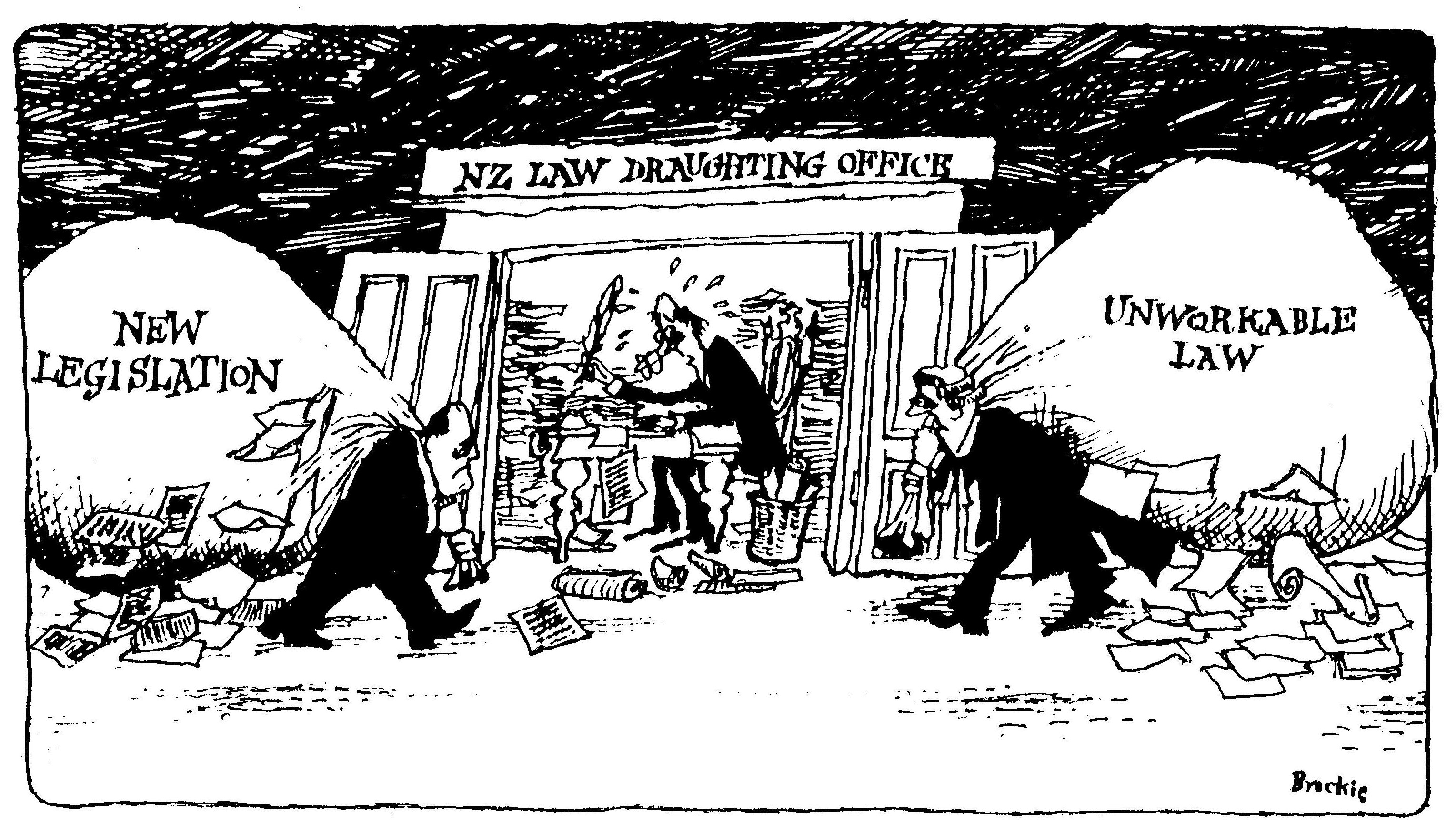