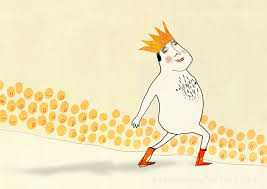 Kiwis are waking up to the fact that our abortion laws are ridiculous.

Labour, the Greens, and ACT have spoken up and called out the abortion bureaucracy for inefficiency, expense, and denying pregnant people’s right to make decisions about their own internal organs. National is still trying to pretend there is nothing to see here, that the Emperor is not buck naked.

Which is more appalling? The arrogance of the Prime Minister who thinks it’s OK to let his faith determine whether or not New Zealanders have a workable law to provide necessary health care, or the cowardice of his caucus who are desperately trying simultaneously to occupy mutually exclusive positions on the subject?

Mr English insists a 40 year old law that places the needs of patients last, prevents doctors from providing a proper standard of care, and mocks the rule of law itself, has “stood the test of time.”  But the caucus claims to be pro-choice while supporting the same legal regime the prime minister supports. At least Mr English acknowledges his hostility to bodily autonomy.

The Prime Minister wins for daring us to call him out, but the caucus wins for lying to our faces.

The Emperor is naked. Kiwis are not going back to pretending otherwise.