In support of abortion in Southland 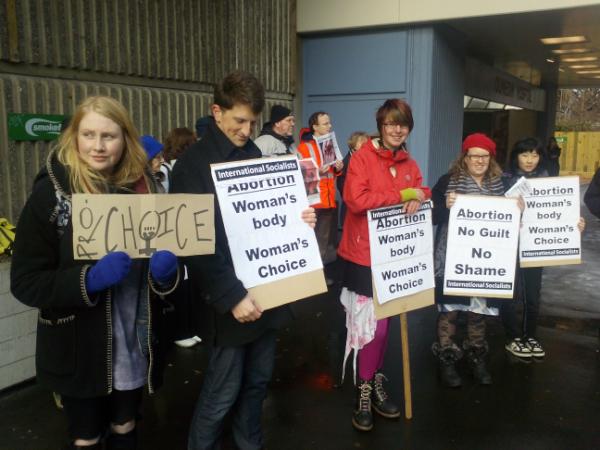 As we reported about a month ago, Southern DHB recently announced that it will soon be providing abortion services at Southland Hospital in Invercargill. ALRANZ was delighted to hear this, as Southland is one of five regions in NZ currently with no abortion services (along with Tasman, West Coast, Manawatu and Bay of Plenty), and people seeking abortion have had to travel to Dunedin or Christchurch.

Since this announcement, the DHB has come under attack from the antis, both in terms of emotive and inaccurate op-ed pieces in the local papers and protests outside Southland hospital and Dunedin hospital.

‘Abortions breach ‘do no harm’ ethic’, an opinion piece by former obstetrician and gynaecologist Dr Norman MacLean, who opposes the move to provide an abortion service in Southland, was published online on 12 June. Check out this post over at Ideologically Impure for a thorough takedown of that opinion piece.

Three days later, this article reported that a group called ‘Southlanders For Life’, an “anti-liberal abortion group” chaired by Dr MacLean, had met to discuss the planned abortion service.

On 14 June, this piece appeared in the local Invercargill newspaper The Eye. It is mostly about Dr Maclean and his opinions, but an ALRANZ spokesperson is quoted at the end.

There have been many letters to the editor in response to the DHB’s announcement and the Southland Times pieces. As most of our readers aren’t in the Southland region, and the letters to the editor aren’t online, we thought it would be useful to post copies of the letters that have been printed, so that our supporters are able to respond to them if they wish to do so. It is heartening to see a few pro- choice letters appearing too, and we are collating those in a separate post. It is important to keep the pro-choice voice being heard. Anti-choice letters are here, and pro-choice letters here.

If you’d like to write to the Southland Times, email your letter to: letters@stl.co.nz. Usual rules apply: 250 words or under (shorter more likely to run usually), and include name, address and phone. If you’d like to take any other action or live in the area and would like to make contact with other pro-choice supporters, email us at safeandlegal@gmail.com.