DID YOU know that most of the world’s women can get oral contraceptives over the counter without a prescription? 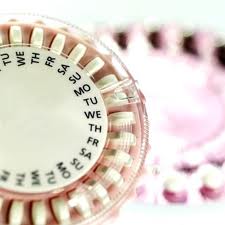 The issue of over-the-counter (OTC) contraceptive pills came up early in February after an article in the Sunday Star Times. As reporter Marika Hill wrote: “Thousands of women face the costly chore of visiting their GP for a pill generally considered safe by health professionals. Pharmacists already provide the morning-after-pill without prescription, leading some women to ask why this could not be extended to the oral contraceptive pill.” The article went on to quote Family Planning, whose national medical adviser, Dr. Christine Roke, preferred “some degree of consultation” such as a pharmacist or nurse.

The article also quoted ALRANZ president, Morgan Healey, who said she wholeheartedly agreed with having the pill available over the counter. “Most women don’t necessarily need to go to their doctor on a six-monthly or yearly basis,” she said. “It’s expensive and it creates barriers to access.” Surprisingly, the article also said this: “Even conservative lobby group Family First does not object to the idea, though it said a line should be drawn, barring teenagers from being granted easier access to birth control.” We wonder if some of FF’s more conservative Catholic supporters agree?

Last November, the American College of Obstetricians and Gynecologists (ACOG) issued a statement recommending the oral contraceptives be made available OTC to improve access to contraception.

One concern is that women will forgo preventive services if they have OTC access, but the authors of a new survey of pill availability in 147 countries pointed out that screening for things like cervical cancer or sexually transmitted infections was not a requirement for oral contraceptives anyway, and shouldn’t be a barrier for access.

In its new policy statement supporting OTC availability, ACOG said women could use a checklist to self-screen for any contraindications.

The group that undertook the survey, Ibis Reproductive Health, based in Oakland, Calif., reported that a prescription for birth control pills is needed in only 45 out of the 147 countries it surveyed. Those 45 include New Zealand, the United States, Australia and Japan. “In mapping the results, notable regional patterns in OC prescription requirements emerged,” the authors wrote. “The United States, Canada and most of Western Europe require a prescription, while OCs are available OTC informally in much of Central and South America and legally in much of Southern Asia. Prescription and screening requirements in Africa are more varied.”

Quoted in a report in the New York Daily News, one of the authors of the study, Dr. Daniel Grossman, said, “Perhaps in places like China and India that have pills available over-the-counter formally without a prescription might be consistent with strong national family planning programs”. The same article quoted another researcher who suggested the lack of a prescription requirement might also reflect “a general approach to making health care more accessible in countries where it is less available”.

The debate over OTC contraception follows last year’s discussion around a National Council of Women remit calling for free contraception for all women. (ALRANZ would extend that to everyone!) That issue was covered in the lead article in our (PDF) November 2012 Newsletter.

Reprinted from ALRANZ’s February 2013 Newsletter. Want to get the Newsletter hot off the press? How about joining us. Click here. We’ll be posting the full newsletter online soon.