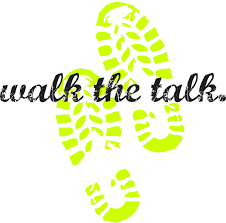 At the NCW/Zonta Annual Women’s Debate this year, abortion was a sensation. Every single candidate in the place proclaimed herself to be pro-choice.

Even Nicola Willis of the National Party, who said she was pro-choice, then went on the promise she would not lift a finger to achieve abortion law reform.

Even Mai Reedy-Taare of the Maori Party, who said she was pro-choice, but that abortion didn’t really matter to Maori because whangai adoption meant Maori didn’t need abortion. Evidence suggests she is wrong about that: a higher proportion of Maori get abortions than Pakeha (see the 2016 abortion stats), and Maori support abortion on request at similar rates to Pakeha (see the poll results).

Even Tracy Martin of NZ First, who said she was pro-choice, but did not support decriminalising abortion because keeping abortion in the Crimes Act makes it safer for women.

For those of us whose heads just exploded, let’s look at that.

Abortion is health care people seek out even when it is illegal and not readily accessible. History demonstrates how people seek abortion in unsafe, backalley settings only when they can’t get care from safe and legal sources. Keeping abortion in the Crimes Act does nothing to keep abortion safe. Quite the opposite.

Some politicians use the pro-choice label to manufacture a bit of street cred from people who support women’s rights/ human rights in the 21st century, but do absolutely nothing to reform the law or increase people’s access to abortion.

Anyone can talk the talk, but let’s pay attention to who actually walks the walk.