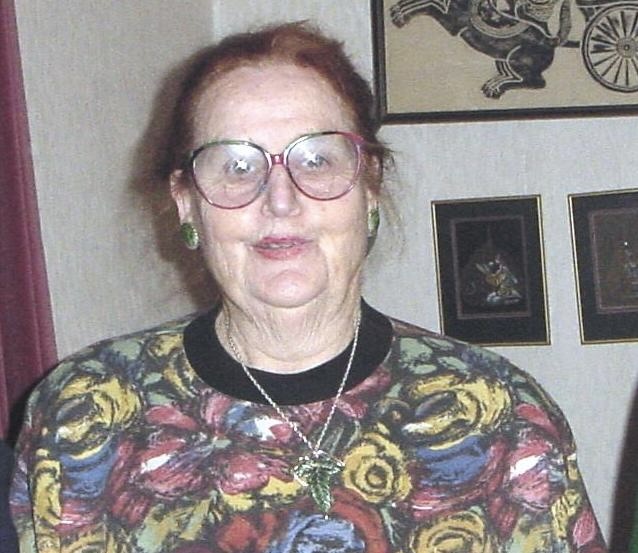 Peggy was born and raised in Wellington. She trained as a nurse, went overseas to London and returned to New Zealand to continue nursing and married Tom Walsh. Peggy had two children and also raised a young relation Fran Walsh, who later partnered Peter Jackson. Peggy was the much travelled Nana to Billy and Katie Jackson.

She was an early feminist and activist protesting at the Vietnam War, nuclear testing, apartheid, homosexual law reform and fluoridation of water. She was assertive and independent. She joined the Wellington Branch of ALRANZ soon after it was formed in 1971. In the 1980s and 1990s she was a committee member of the Wellington Branch which morphed into the National Committee. For two decades she was the ALRANZ representative attending meetings of the National Council of Women. She was also a supporter of Family Planning.

Peggy had a vibrant, outgoing personality and related easily to people. For a time she shared the duties of ALRANZ contact person with her telephone number listed in the newspaper and was capable of handling all comers. She was also the ideal person to help escort patients to the Wellington Hospital abortion clinic when called upon, chatting easily to anxious young women. She was just at ease when lobbying parliamentarians.

One advantage of Peggy’s connection to Peter Jackson was that she had access to video recordings of major films sent to Peter as a member of the Film Academy. One memorable evening we had a private showing for ALRANZ members in my living room of “Vera Drake” the fictional abortionist portrayed superbly by UK film director Mike Leigh. This was in January 2005 before the film was screened publicly.

Peggy remained active in ALRANZ until 2009 when the deteriorating health of her husband Tom meant that his care became her priority. Meetings were sometimes held in her home on The Terrace and one of the pleasures was to admire Peggy’s collection of colourful Clarice Cliff pottery. Peggy loved to wear bright colours and her signature glasses were large, round and red. She also owned a bejewelled pair a gift from another colourful character, Australian friend Barry Humphries (Dame Edna).

Sadly in the last four years, her life was restricted by a stroke but what an amazing 92 years. She is remembered fondly for her generous contribution to ALRANZ.